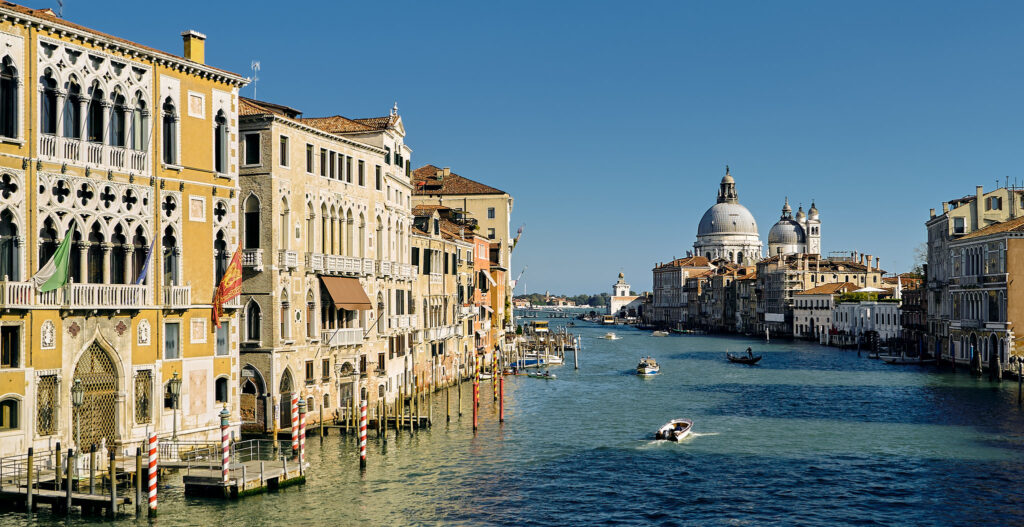 Since 2003, Venice Italy has been building a system of mobile gates at three inlets to its famous lagoon.  The project is called MOSE, the Italian word for Moses, but is actually an acronym for the Italian words meaning Experimental Electromechanical Module.

The 78 mobile gates are metal box structures that sit at the bottom of inlet channels.  When a high tide is predicted, compressed air is pumped into the structures.  The air causes the barriers to rise up to the surface and block the flow of the tide, thereby preventing water from flowing into the lagoon.

The system had an important test on November 3 when water levels were predicted to rise four-and-a-half feet above normal at high tide and strong winds were blowing.  Water at that level is enough to flood 60% of the city, including the famous St. Mark’s Square, which is unfortunately the lowest part of the city.

Activating the flood gates proved to be successful.  Even though high tide water levels in fact rose 4.3 feet in the surrounding Adriatic Sea, they only reached 2.7 feet in Venice, which was enough to prevent significant flooding.

Rising sea levels have led to increasingly frequent floods in Venice.  In 2019, before the MOSE system was available for use, there were more than 25 high-water events swamping Venice, including one in November of that year that was the second worst on record.

Some researchers have calculated that the system will need to be closed for as much as 3 weeks a year by the end of the century even if emission reductions are reasonably effective.  If they aren’t, the gates may be closed for at least two months a year by 2080.

After many years of delays, setbacks and controversies, the system is finally operational.

Venice Holds Back the Adriatic Sea