You are here: Home / Podcast / Is It Time to Ban Neonics? 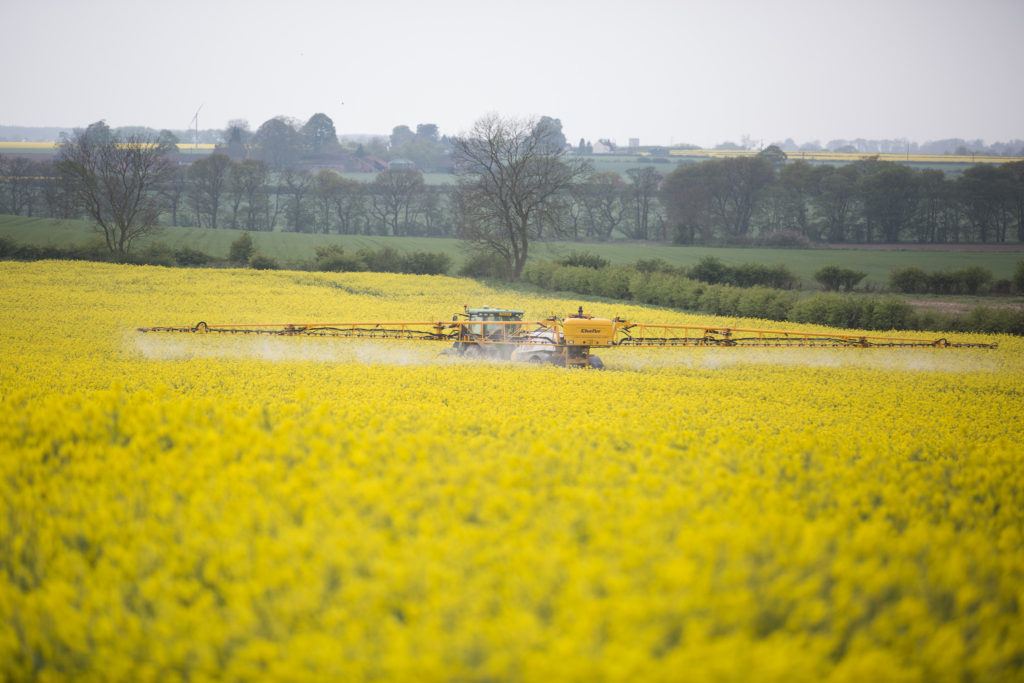 Neonicotinoids (or ‘neonics’ for short) are a class of insecticides chemically related to nicotine.  In fact, the name ‘neonicotinoid’ literally means “new nicotine-like insecticide.”  And like nicotine, neonics act on certain kinds of receptors in the nerve synapse.  Most corn, soy, and wheat seeds planted today are coated with neonics, which is reportedly 5,000 to 10,000 times more toxic than DDT.

Neonics are systemic pesticides, which has made them popular in pest control.  Unlike contact pesticides, which remain on the surface of the treated foliage, systemics are taken up by the plant through absorption and transported to all the plant’s tissues, including its leaves, flowers, roots and stems, as well as pollen and nectar.  Neonicotinoid-based insecticides can be applied at the root or sprayed onto foliage.  The toxin remains active in plants for many weeks and can protect crops all season.

But the use of this class of insecticides has long been suspected as harmful to bees, and a major factor in the widespread decline of honeybee and wild bee populations.  Now, the European Union plans to ban neonics in an effort to protect its valuable pollinator insects.  The ban, which was approved by member countries in late April, is expected to be implemented by the end of 2018.

Neonics were introduced in the 1980s as a safer alternative to older insecticides. But not only are they now linked to dramatic declines in bees and other pollinators, neonics are also suspected in the declines of other species, including birds, bats, and earthworms.

In the United States, the EPA is currently reevaluating neonics, and has temporarily halted approval for new outdoor uses. But our pollinators deserve better.

Why Europe’s Insecticide Ban Is Big News for Bees

‘Is It Time to Ban Neonics?’ from Earth Wise is a production of WAMC Northeast Public Radio.