You are here: Home / Podcast / Ice Melt In Greenland﻿ 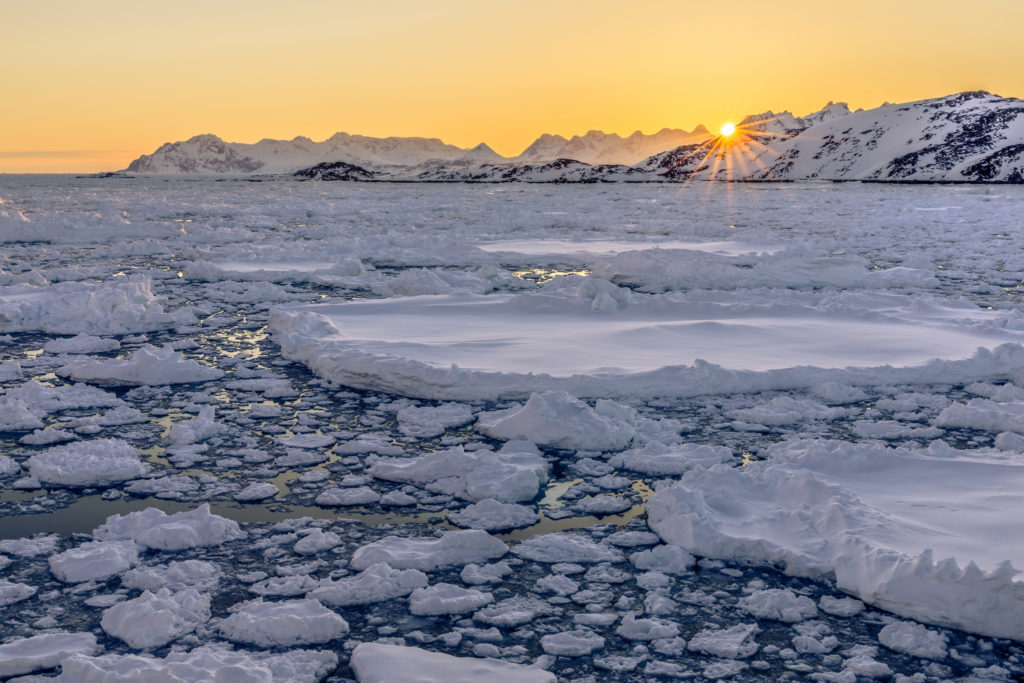 A new study published in the Proceedings of the National Academy of Sciences warns that Greenland’s ice Is melting much faster than previously thought.  The ice loss rapidly accelerated around 2002-2003 and by 2012 the annual loss was nearly four times the rate in 2003.

Most of the new ice melt is in southwest Greenland, a part of the island that wasn’t known to be losing ice that rapidly and is not where most of the large glaciers are in Greenland.  The loss is coming from the land-fast ice sheet itself.

Data from NASA satellites and GPS stations scattered around Greenland’s coast shows that between 2002 and 2016, Greenland lost approximately 280 billion tons of ice per year.  That is enough melt to cover the entire states of Florida and New York hip deep in meltwater, as well as drowning Washington, D.C. and one or two other small states.

Global warming of just 1 degree Celsius is the main driver behind this massive meltdown of ice.  The temperature rise coupled with a negative phase of the North Atlantic Oscillation causes rapid surface melt of the ice sheet during summers.  The Oscillation is a natural, irregular change in atmospheric pressure that brings warm, sunny weather to the western side of Greenland during its negative phase.

The Greenland ice sheet is 2 miles thick in some places and contains enough ice to raise sea levels 23 feet if it all melted.  The melting Greenland ice is already slowing the Gulf Stream, which is wreaking havoc with European weather.  If we don’t get a handle on global temperature rise, things are only going to get worse.