You are here: Home / Podcast / High-Tide Flooding And Pollution 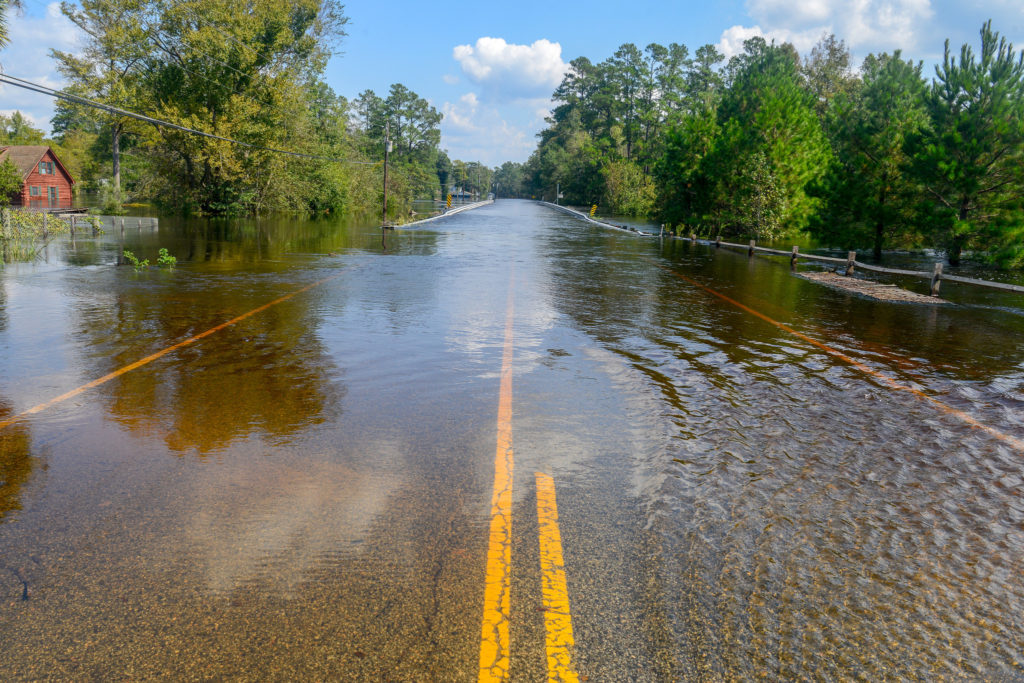 Global sea levels are steadily rising.  They are up 8 inches in the past century and now increasing at an average of 1.3 inches per decade.  As a result, the incidence of high-tide “sunny day” flooding is on the rise, especially along the U.S. East Coast.

Norfolk Virginia experienced fewer than 2 days of high-tide flooding a year in the 1960s; it had 14 in 2017.  Up and down the East Coast, flood days have increased by factors of 5 and more.

This has led to a form of pollution that hasn’t gathered much attention in the past:  when these floodwaters recede, they can carry debris, toxic pollutants and excess nutrients into rivers, bays, and oceans.

In the aftermath of high-tide flooding in Norfolk, Chesapeake Bay was littered with tipped-over garbage cans, tossed-away hamburgers, oil, dirty diapers, pet waste and all manner of other things.  Water that comes up on the landscape takes everything back into the river or ocean with it.

Analysis of tidal flooding along the Lafayette River in Norfolk indicated that just one morning of tidal flooding poured nearly the entire EPA annual allocation of nitrogen runoff for the river – nearly 2,000 pounds – into Chesapeake Bay.  The effects of excess nitrogen in the water are well-known and responsible for the toxic algal blooms that endanger aquatic life as well as human health.

According to the National Oceanic and Atmospheric Administration, high-tide flooding frequency along the southeastern coast of the U.S. rose 160% since 2000.  With the expected continuing rises in sea level, NOAA projects that as many as 85 days of high-tide flooding will occur along the coast by the year 2050.  It’s a big problem.

As High-Tide Flooding Worsens, More Pollution Is Washing to the Sea