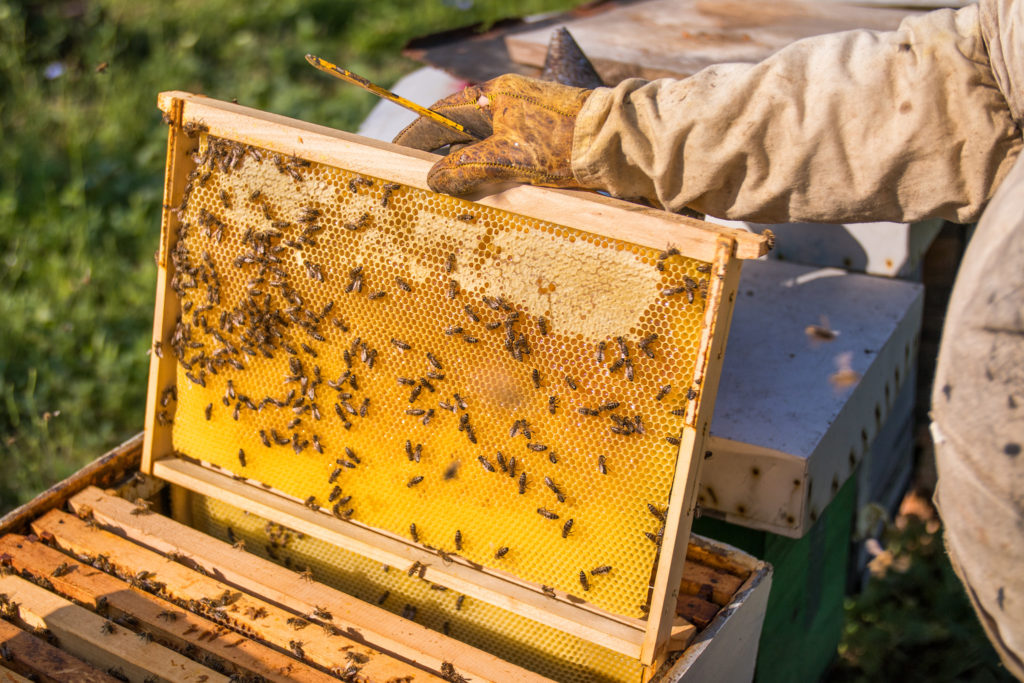 For many years, scientists have been sounding the alarm on the global struggle of pollinators.  A reported 40% of invertebrate pollinator species, including bees and butterflies, are facing extinction. And since as much as three-quarters of the world’s food crops depend on pollination, the decline of these pollinators poses a major threat to global food security.

Pollinators aid in the production of all sorts of crops, including coffee, cacao, cotton, apples, and almonds – to name a few.  The global value of crops requiring pollination ranges from $235-$577 billion annually.

Honey bees are among the struggling pollinators.  Over the past 15 years, bee colonies have been disappearing at an alarming rate in what is known as the “colony collapse disorder.”  Some regions have seen losses of up to 90%.

In the United States, managed honey bee populations declined by nearly 40% over this past winter, the largest such winter decline since surveying began in 2006.

In recent months, mass honey bee declines have also been reported in Russia, according to the BBC.  Russia, which produces a whopping 110,000 tons of honey annually, expects that figure to drop by as much as 20%.  The widespread bee decline is likely to not only push up honey prices, but the prices of other popular foods as well.  Many staple food crops in Russia, including sunflowers, buckwheat, and fruit trees, rely on bees for pollination.

Experts have blamed the bee decline crisis on a combination of factors, including pesticides (most notably neonicotinoids), varroa mites, and climate change.

Bees play a vital role in food production, and their continued decline will have devastating consequences.