You are here: Home / Podcast / Emissions From Electric Buses 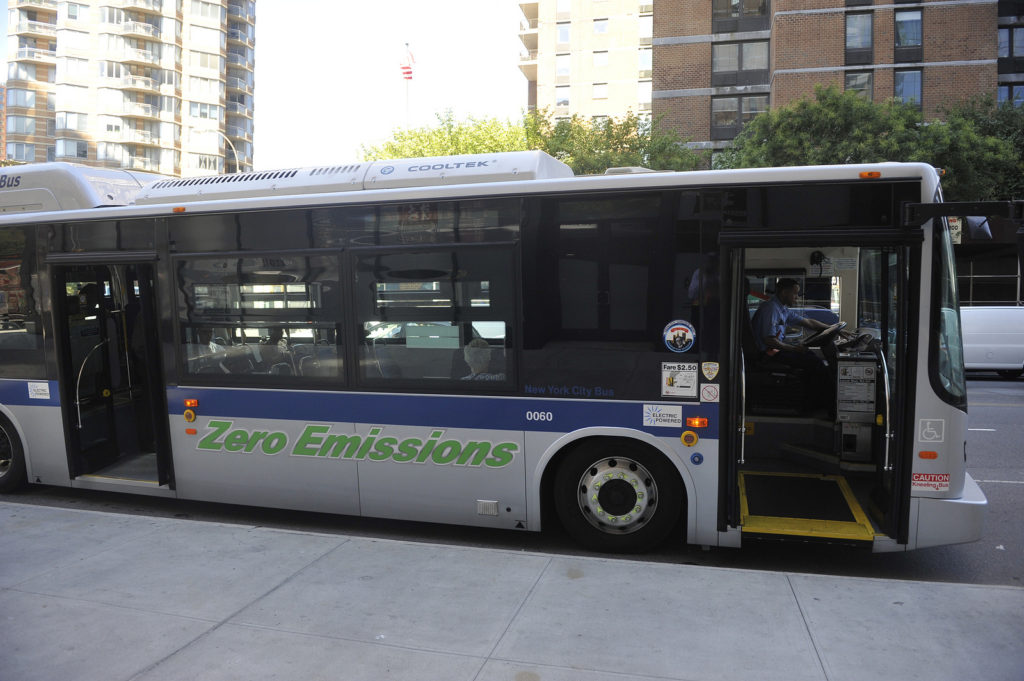 In theory, electric buses should be the lowest-emission vehicles out there, but there are skeptical opinions on that subject.  Critics of electric vehicle adoption efforts (generally speaking, advocates for fossil-fuel powered vehicles) argue that the emission benefits of the vehicles cease to exist when the emissions associated with electrical power production are factored in.

A new study by the Union of Concerned Scientists looked at this very issue.  They analyzed emissions from diesel and natural-gas-powered buses, factoring in the extraction, refining and delivery of the fuels as well as the tailpipe emissions.  For electric buses, they looked at transmission losses from power plants and life-cycle emissions from the fuels used in the power plants.

The result is that even with the current state of electricity generation, electric buses are still much cleaner than the other technologies.  In upstate New York, the grid’s mix of hydropower, nuclear, and natural gas results in an electric bus so clean that it corresponds to a diesel bus running at 37 miles per gallon.

Even in the regions of the country with the dirtiest power sources, electric buses still beat the competition.  And, of course, as long as the grid continues to decarbonize with coal plant retirements and growing renewable capacity, the cleanliness of electric buses will only increase.

‘Emissions from Electric Buses’ from Earth Wise is a production of WAMC Northeast Public Radio.