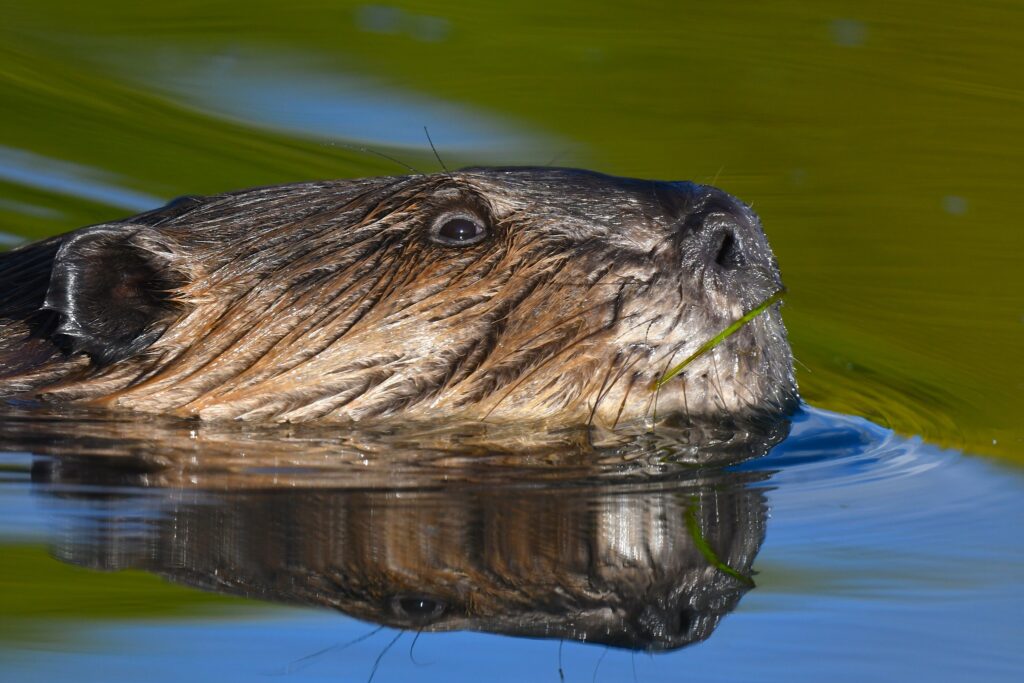 California is fighting the effects of climate change on multiple fronts.  The state has been grappling with relentless drought, record heat waves, and persistent wildfires.  The California Department of Fish and Wildlife is enlisting the help of beavers in its battle against climate change.

The state has created a beaver restoration unit charged with developing methods for nature-based restoration solutions involving beavers as well as artificial beaver dams. The agency plans to spend at least $3 million over the next two years to oversee a restoration program for the North American beaver.

A 2020 study showed that beaver-dammed corridors were relatively unharmed by wildfires compared with other areas that lacked beaver damming.  The study highlighted the differences between two adjacent corridors – one without a beaver population with a landscape scarred by a recent wildfire and another with beavers that remained a lush wetland after a fire.   The differences in burn severity, air temperature, humidity, and soil moisture between the beaver complex and the adjacent landscape were huge.

From the 1920s through the 1950s, California actively exported beavers to other parts of the state and country so they could build dams in eroded areas where beaver dams could help evenly distribute water.  Now, the state wants to reintroduce beavers into watersheds where they once flourished.

The Department of Fish and Wildlife’s proposal to the California Legislature called beavers an important keystone species that can be used to combat climate change.   The state has spent enormous amounts of money on wildfire measures with minimal results.  Now they are going to see if beavers can make a difference.

California says the beaver can be superhero in fighting climate change