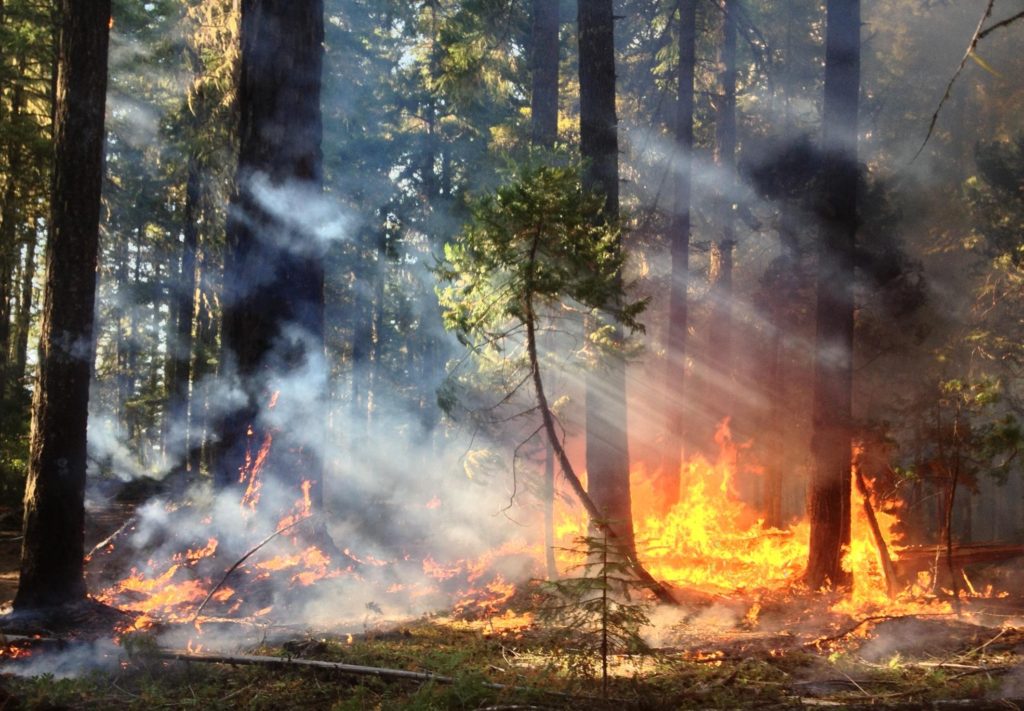 Recent research has ironically revealed that this very aerosol pollution has actually been reducing the effects of global warming.  Aerosols react with sunlight because they are of a size at which sunlight scatters off of them as if they were little clouds.  Sulfate aerosols, common from diesel exhaust and coal-fired power plants, tend to grow in humid air as water molecules tack on to them, strengthening the scattering effect.

Researchers now believe that the volume of human-created aerosols is so great that they have counteracted the effect of global warming to a certain extent.  So, there is a tug of war between the warming greenhouse gases and the cooling aerosols.

There are significant differences between the two kinds of pollution.  Carbon dioxide and other greenhouse gases stay in atmosphere for a long time, in some cases a century or more.  Aerosols wash out with rainfall.  If we stopped emitting them today, in a week they would be gone.  Aerosols are also mostly a local phenomenon.  Their presence mostly affects the area where they are emitted.   Greenhouse gases blanket the planet.

We are faced with a real problem.  We have huge incentives to clean up air pollution and we are trying hard to do just that.  But that pollution may be keeping global temperatures as much as half a degree cooler than if it wasn’t there.  There are no easy answers.

How Air Pollution Has Put a Brake on Global Warming