You are here: Home / Agriculture / ‘Noah’s Ark’ Takes On Water 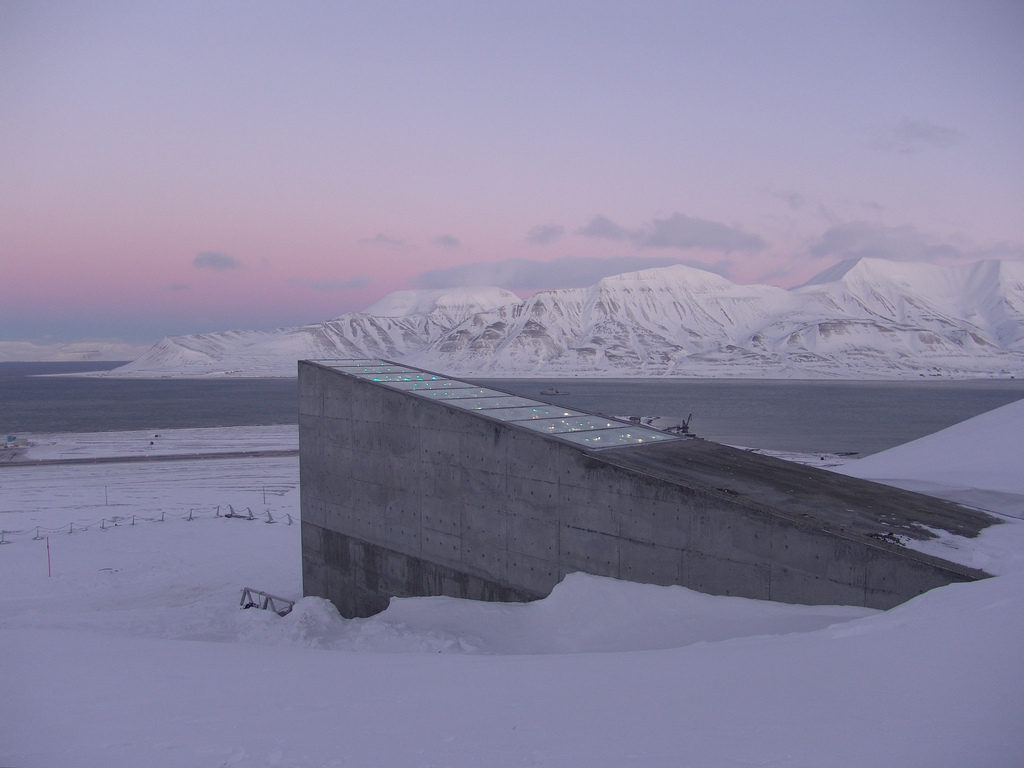 The Svalbard Global Seed Vault, built into a hillside in the Norwegian archipelago of Svalbard far above the Arctic Circle, is often described as humanity’s last hope against extinction after some global crisis.  While there are more than 1,700 gene banks around the world that keep collections of seeds, all of them are vulnerable to war, natural disasters, equipment malfunctions, and other problems.  Except the Svalbard vault – or so we thought.  It has been dubbed the “Noah’s Ark” of seeds and a last chance for the world to regenerate if the worst should come to pass.  It’s mission is to keep the world’s seeds safe.

In an ironic twist, ‘Noah’s Ark’ recently took on some water.  Climate change-induced flooding, as a result of melting permafrost in the region, seeped into the Global Seed Vault.  Fortunately, none of the seeds were damaged.  Workers used pumps to clear the standing water.  And engineers are now working on a design to shore up protections from melting permafrost at the storage facility.

The Svalbard Global Seed Vault was established in 2008 as a fail-safe protection for food sources.  It contains dried and frozen seeds from around the world that can last hundreds of years.

Officials chose this location specifically because they believed the permafrost there was permanent.  The melting of the permafrost and subsequent flooding occurred during the extraordinarily warm Arctic winter but, because the facility was built to require little monitoring and no staff, officials just recently discovered it. The owner of the vault, the Norwegian government, plans to closely monitor the site in conjunction with others for future threats from climate change.

It’s a troubling time when world-threatening changes seem to be inescapable anywhere on planet earth.

‘The Svalbard Global Seed Vault’ from Earth Wise is a production of WAMC Northeast Public Radio.