You are here: Home / Agriculture / The Doomsday Seed Vault 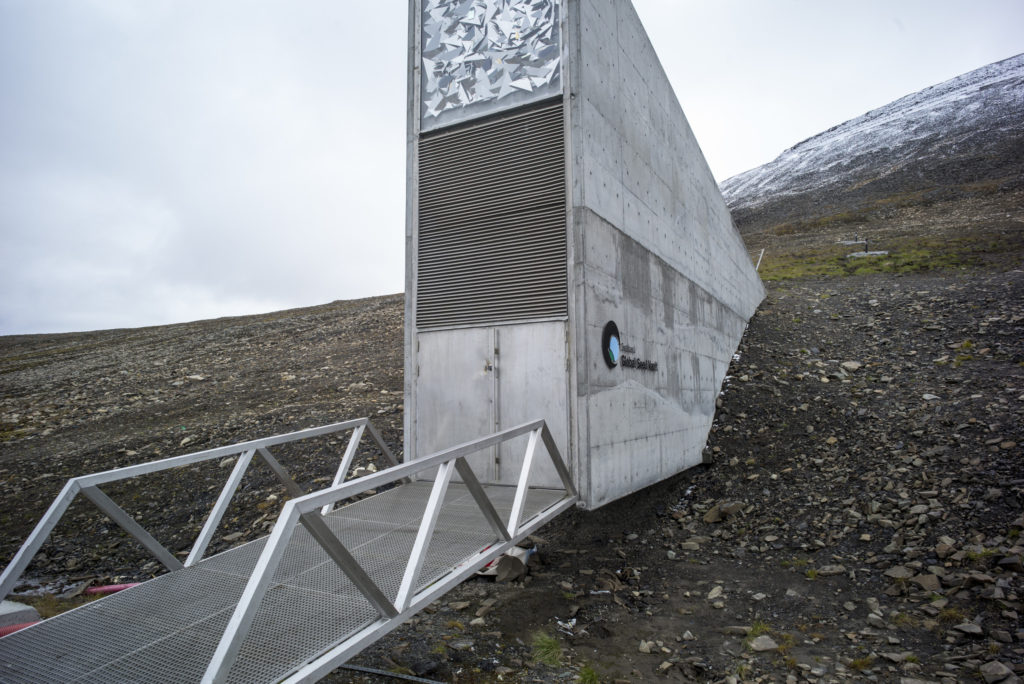 There are more than 1,700 gene banks around the world that keep collections of seeds, but all of them are vulnerable to war, natural disasters, equipment malfunctions, and other problems.  In 2008, the Global Seed Vault was built, carved 500 feet into the side of a mountain in one of the most remote spots on the planet.  In 2015, the Syrian war brought about the first withdrawal from the seed vault, replacing seeds damaged in a gene bank in war-torn Aleppo.

Recently, the vault gained 50,000 new seed samples from collections around the world.  The new deposit included samples from gene banks in 12 different countries.  Included in this large new deposit were more than 15,000 samples modified by the International Center for Agricultural Research in the Dry Areas (ICARDA), which is an organization that specializes in dry zone agriculture – places where water resources are poor.

In fact, the seed withdrawal for Syria included rice, potato, and wheat seeds, among others, that were subsequently modified by ICARDA for use in the dry zone.   The reconstituted seeds could play a critical role in developing climate-resilient crops for generations.

The Global Seed Vault is not just a Doomsday Vault but is an important tool for finding solutions to pressing regional and global challenges.

‘More Seeds in the Doomsday Vault’ from Earth Wise is a production of WAMC Northeast Public Radio.