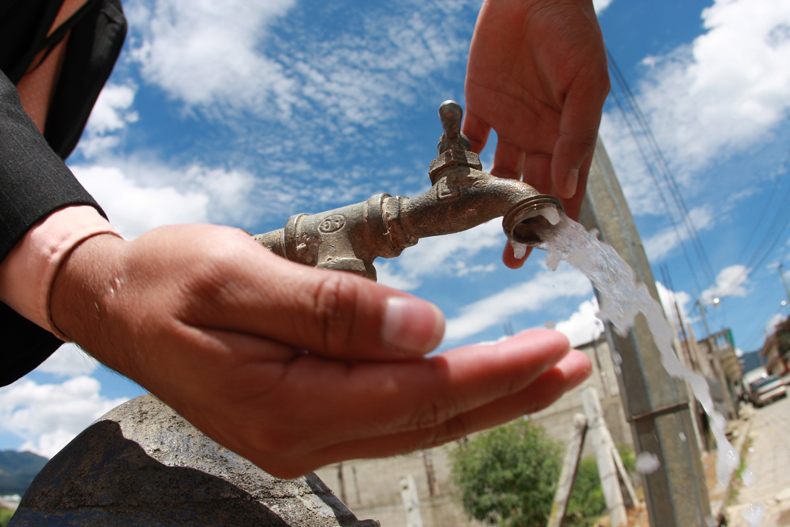 In fact, a new study has found that at least two thirds of the global population – more than four billion people – live with severe water scarcity for at least one month every year.  The country of Yemen could run out of water within a few years, and many others – including Pakistan, Iran, Mexico, and Saudi Arabia – could also follow suit as aquifers are being continuously depleted.

Nearly one half of the people facing water scarcity live in India and China, but the issue also affects people living in the central and western United States, Australia, and the city of London.   And 500 million people around the world face water scarcity all year.

Agriculture is the biggest user of water and and a rising population will demand more food.  Rearing livestock for meat is the most water-intensive aspect of agriculture.  In fact, it takes approximately 1,800 gallons of water to produce one pound of beef.

The research, which was recently published in the journal Science Advances, shows how water shortages remain one of the most dangerous global challenges.  And it stands to get worse as both the population and the demand for meat continue to rise.

Providing reliable sources of clean water in a changing world is a challenge for communities everywhere.  It will require improved technologies, enlightened policies, and creative economics to tackle this fundamental issue.