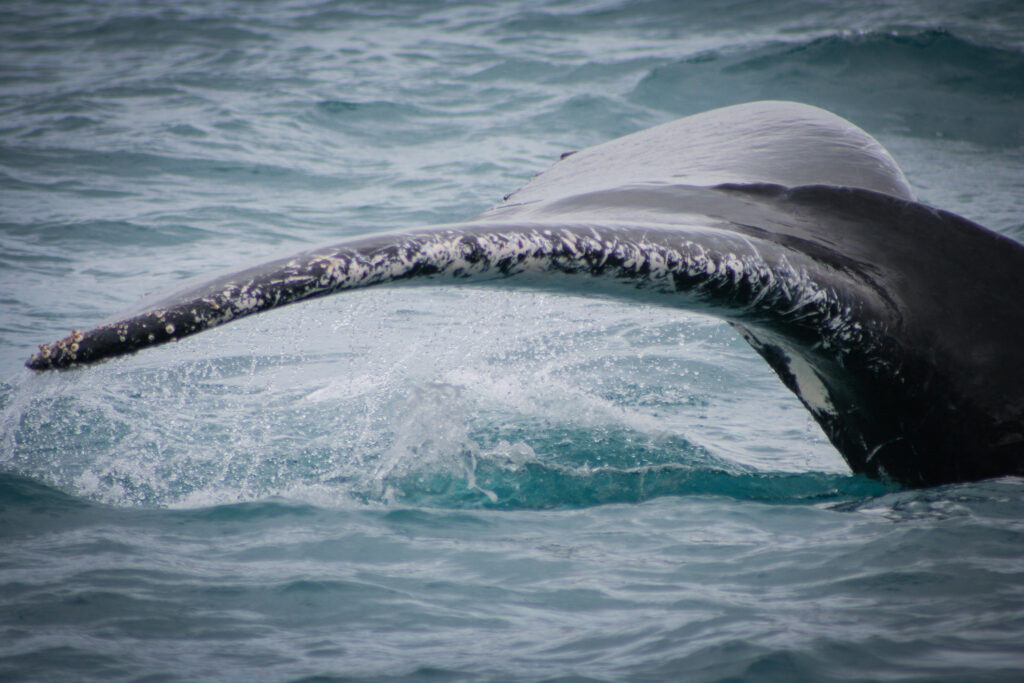 Plastic waste has been accumulating in the world’s oceans in greater and greater quantities and much of it is in the form of microplastic particles.  Many kinds of whales – the largest creatures on Earth – feed by gulping up mouthfuls of krill and other tiny creatures and then straining the seawater through bristly filter structures called baleens.  As they do this, they are likely to be swallowing large amounts of plastic.

Scientists at Stanford University recently estimated just how much plastic whales are ingesting by tracking the foraging behavior of 65 humpback whales, 29 fin whales, and 126 blue whales in the Pacific Ocean.  Each of the whales was tagged with a camera, microphone, and GPS device suction-cupped to their back.

Despite their enormous size, whales actually eat rather low on the food chain, which puts them close to where the plastic is in the water.   Krill eats plastic and whales eat the krill.   Many marine animals are at risk of eating microplastics, but whales are unique in that they can consume so much of it.  It is just one more way in which the ocean plastic situation is a global crisis.