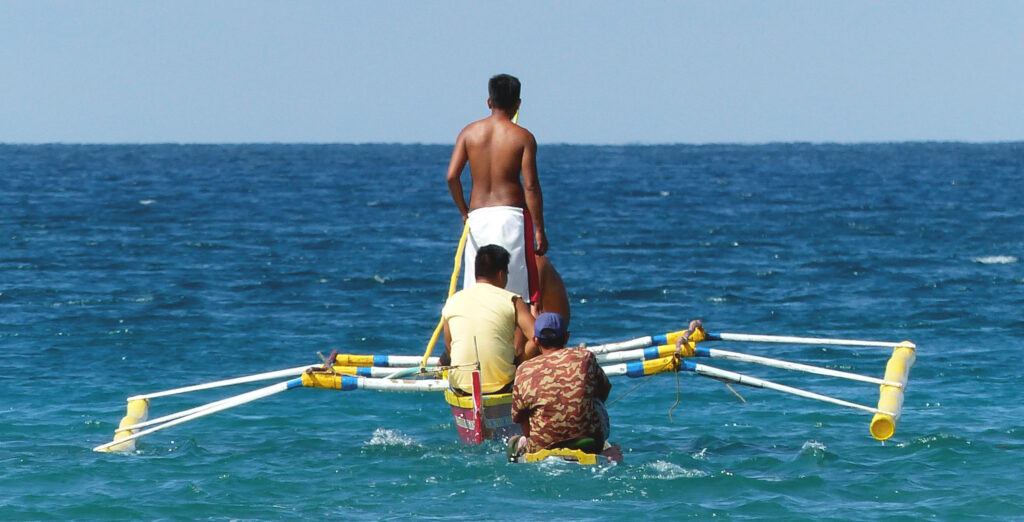 About half of all global seafood is caught by artisanal fishers.  These are individuals who operate on a small scale – often on a subsistence level – and typically fish only a short distance from shore.  Over 85% of the estimated 2.5 million motorized fishing vessels in the world are less than 12 meters in length.  Compared with large-scale commercial fishing operations, these enterprises are very small.  However, they are essential to the food security and livelihoods of their communities.   Because of their sheer numbers, artisanal fishers are an important sector to monitor, manage, and advocate for.  They may be small-scale, but their importance and impact are huge.

Large ships make use of vessel tracking systems, which were originally conceived to prevent maritime collisions.  Over time, VTS technology has become useful for other purposes including monitoring fishing activity in sensitive marine areas and looking out for forced labor on the high seas.

Among small fishing vessels, only an estimated 0.4% are equipped with VTS technology.  So, a massive number of vessels accounting for a big part of the global catch cannot be monitored.

Researchers at UC Santa Barbara surveyed hundreds of artisanal fishers in Indonesia and Mexico to see if they were willing to pay to participate in a VTS program, or participate for free, or be paid to participate.  Having the equipment would provide multiple benefits to the fishers including increased safety and better fisheries management.  Two-thirds of the survey participants said they were willing to pay for the technology.  The study is the first effort to explore the potential for encouraging wide adoption of VTS technology among artisanal fishers.