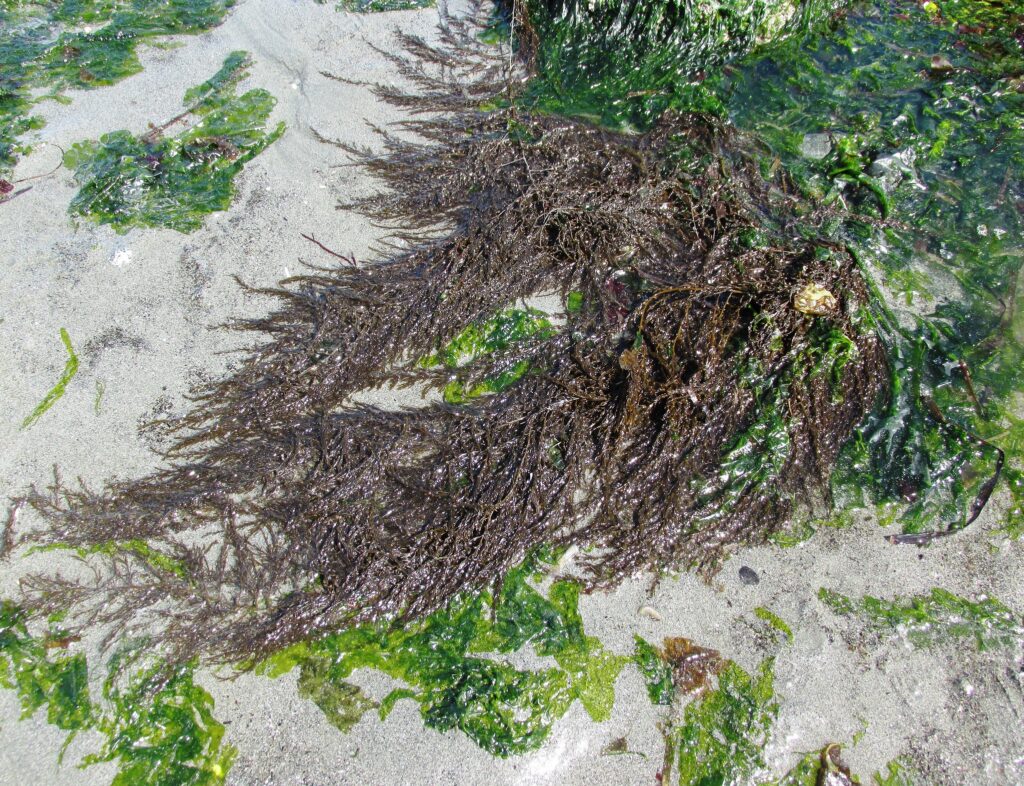 Brown sargassum seaweed floats in surface water in a bloom that stretches all the way from West Africa to the Gulf of Mexico.  Sargassum provides habitat for turtles, crabs, fish, and birds.

The stuff carpets beaches along the tropical Atlantic, the Caribbean Sea, the Gulf of Mexico, and the east coast of Florida disrupting tourism.  Florida’s Miami-Dade County alone spends $45 million a year cleaning up sargassum.  Annual Caribbean clean-up is in excess of $120 million.

A study by Florida Atlantic University has discovered dramatic changes in the chemistry and composition of sargassum which has transformed the so-called Great Atlantic Sargassum Belt into a toxic dead zone.

The findings of the study suggest that increased nitrogen availability from both natural and human-generated sources, including sewage, is supporting blooms of sargassum and turning a critical marine nursery habitat into harmful algal blooms with catastrophic impacts on coastal ecosystems, economies, and human health.

The study found that today’s sargassum tissues compared with those of the 1980s have 35% more nitrogen content and 42% less phosphorus.  Much of the nitrogen increase is a result of agricultural and industrial runoff from the Congo, Amazon, and Mississippi Rivers.

The fact that the bloom itself has expanded so tremendously was already suspected to be the result of significant changes in the ocean’s chemistry.  Given the negative effect that the Great Atlantic Sargassum Belt is having on the coastal communities, additional research is essential to guide mitigation and adaptation efforts.