You are here: Home / Podcast / The Southern Pine Beetle 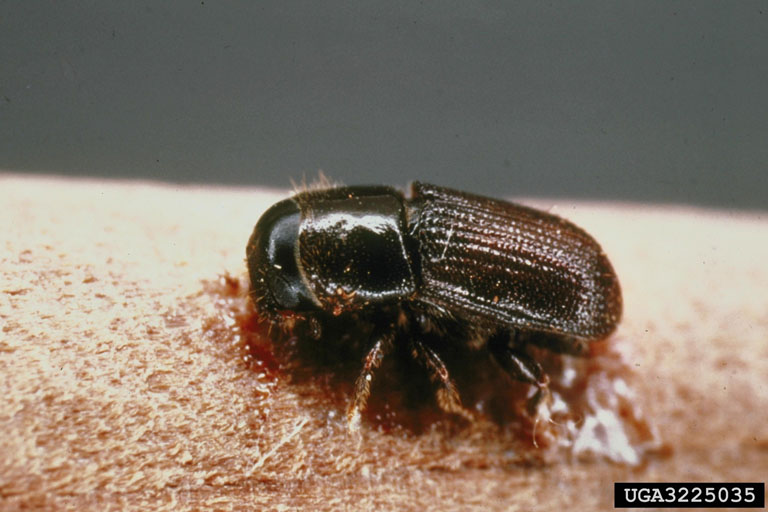 Recent sightings of a destructive tree-eating beetle in northeast pine forests have been alarming.  And a new study from Columbia University has confirmed what ecologists had feared all along:  they’re here to stay.

According to the research, warmer northeast winters mean the southern pine beetle has found a new home, and it will continue its march northward as temperatures rise.

Southern pine beetles were largely unheard-of north of Delaware, but they have long been a major pest in the South.  They tunnel through a tree’s bark and feast on a layer of tissue responsible for delivering water and nutrients to the tree.  As the pine dies, its needles turn from green to yellow to red.

In the Northeast, however, the cold winters traditionally killed off any intruders.  But the winters are no longer cold enough.  While the average annual temperatures in the northeastern U.S. have warmed by about 1 degree Fahrenheit over the last 50 years, the year’s coldest nights have warmed by as much as 7 degrees Fahrenheit during the same time span.

Southern pine beetles are now frequently spotted in New Jersey, New York, and parts of New England.  And the range is projected to expand further as the planet warms, reaching into Ontario and Quebec by 2080.

Corey Lesk, a climate scientist and the study’s lead author, told the New York Times that the forests of the Adirondacks, Cape Cod, Long Island, upstate New York, and the New Jersey Pinelands “are now facing a clear threat, directly, from climate change.”

The southern pine beetle’s march north is just another example of the countless ways that climate change can disrupt the established order of ecosystems.

Photo courtesy of the University of Kentucky.

‘The Southern Pine Beetle’ from Earth Wise is a production of WAMC Northeast Public Radio.