You are here: Home / Podcast / The March Of The Penguins Toward Extinction 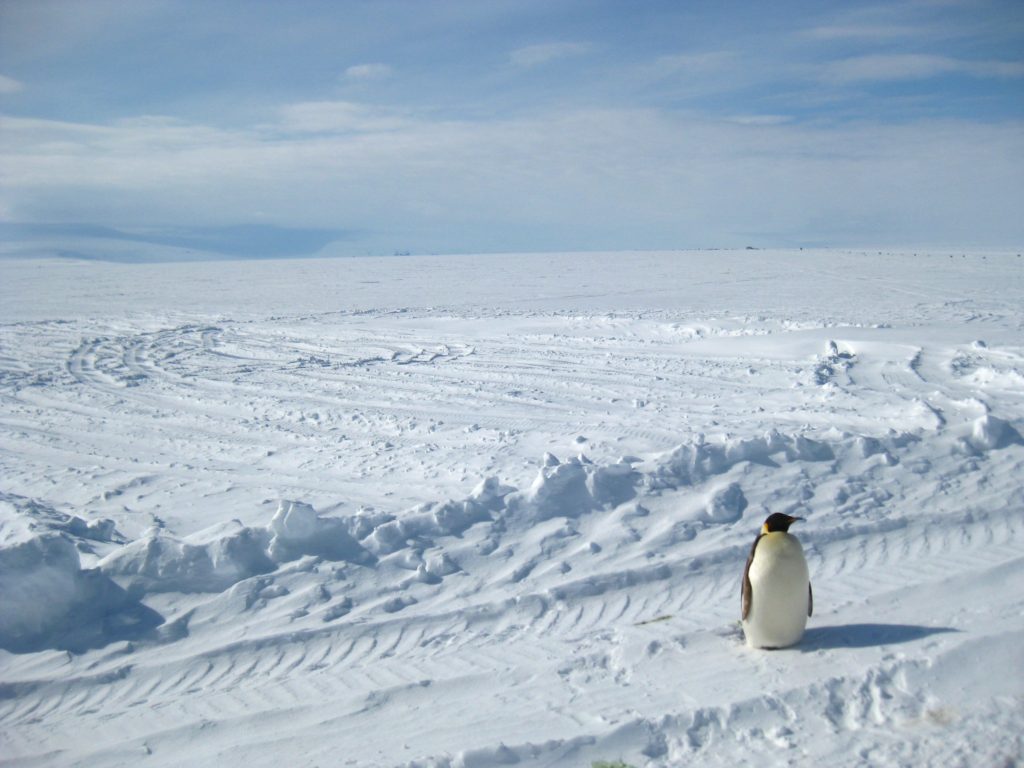 According to a new study from the Woods Hole Oceanographic Institution, the warming climate may render emperor penguins extinct by the end of this century.  The study, which was part of an international collaboration between scientists, finds that emperor penguins will likely experience an 86% decline by 2100 if the global climate continues to warm at the current rate.  At that point, it would be very unlikely for them to recover, according to the study’s lead author.

The research was funded by the National Science Foundation and recently published in the journal Global Change Biology.

The fate of emperor penguins is largely tied to the fate of sea ice.  The penguins use sea ice as a place for breeding, feeding, and molting.  They look for very specific conditions of sea ice – it must be locked in to the Antarctic shoreline but also close enough to open seawater to give them access to food. The study predicts that this sea ice will gradually disappear, depriving the birds of their habitat, food sources, and ability to raise their young.

The researchers combined two existing computer models to study three different climate change scenarios.  If the average global temperature increases by only 1.5 degrees Celsius, the study found that only 5% of sea ice would be lost by 2100, resulting in a 19% drop in penguin colonies.  If the planet warms by 2 degrees Celsius, the sea ice loss nearly triples and more than a third of penguin colonies disappear.  The ‘business as usual’ scenario where the planet continues to warm at the current rate will ensure a near complete loss of emperor penguin colonies by 2100.

Unless warming is slowed, emperor penguins will be marching towards extinction