You are here: Home / Podcast / The Importance Of The Amazon Rainforest Fires 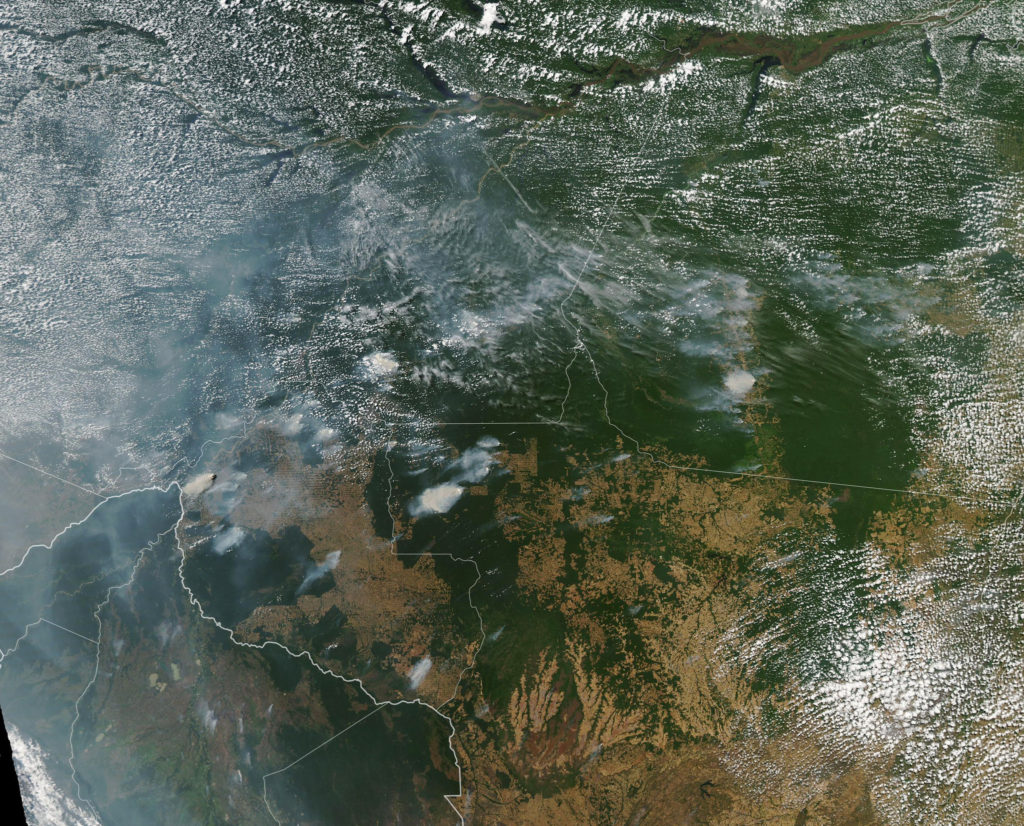 The Amazon rainforest covers extensive parts of Brazil, Peru, Colombia, and small parts of six other countries.  It is the largest rainforest in the world and is instrumental in driving the weather and climate in South America.

The raging wildfires in the Amazon rainforest are a source of great concern.  The Amazon is always prone to wildfires during the dry season in South America, but the extent and number of fires this year cannot be attributed simply to drought.  The surge in fires has come from illegal deforestation by loggers and farmers, who are using the cleared-out land for cattle ranching.

Rainforests produce consistently high amounts of rainfall throughout the year by pulling water from the soil and then releasing it into the atmosphere.  The Amazon rainforest essentially makes it rain in South America.

Over time, the forest plays a crucial role in cycling carbon out of the atmosphere by turning it into biomass.  The Amazon jungle sucks up as much as a quarter of the planet’s atmospheric carbon dioxide.

Pristine rainforest burns less frequently and less intensely than cleared and recovering forest.  As more and more of the Amazon rainforest is deforested, it becomes more likely to burn each year.

The major disruption of the water dynamics in South America has the potential to not only drive the weather in South American countries but even potentially influence natural resources like snow packs in the Northern Hemisphere.

The skies of Sāo Paulo, Brazil’s financial hub have been dark at midday because of the Amazon fires.  This is like having a fire in California and seeing the smoke in Boston.  The Amazon rainforest fires are a big problem for the whole world.

The Amazon Rainforest has been burning for weeks. Here’s why that matters.