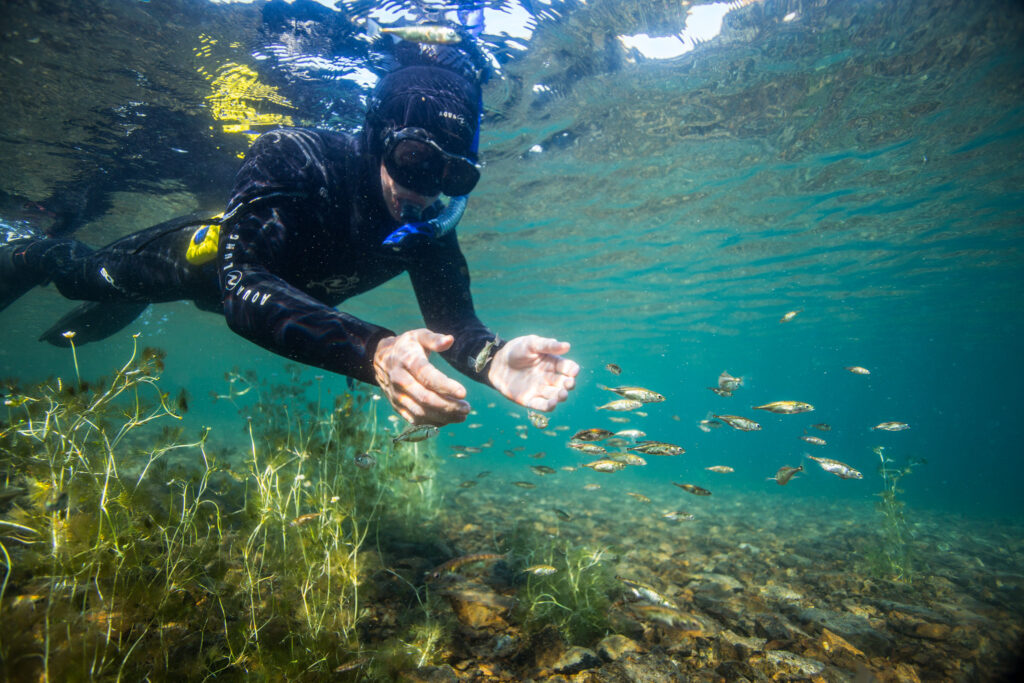 The sixth mass extinction of wildlife on Earth is happening now.  According to an analysis published last year in the journal Proceedings of the National Academy of Sciences, more than 500 species of land animals are on the brink of extinction and are likely to be lost within the next 20 years. Without the impact of humans, this quantity of extinctions would have taken thousands of years.

Anthropogenic climate change continues to exacerbate problems that drive species to the brink.  Which species will be able to adapt and survive?

Using genome sequencing, a research team from McGill University in Montreal has found that some fish, like the threespine stickleback, can adapt very rapidly to extreme seasonal changes. Known for their different shapes, sizes, and behaviors, stickleback fish can live in both saltwater and freshwater, and can tolerate a wide range of temperatures.

Stickleback fish, which can be found in different estuaries along coastal California, provided researchers with an opportunity to study natural selection in real-time.  The researchers analyzed six populations of threespine stickleback fish before and after seasonal changes to their environment.   The research team discovered evidence of genetic changes driven by the seasonal shifts in habitat that mirrored the differences found between long-established freshwater and saltwater populations.  Since these genetic changes occurred in independent populations over a single season, the study highlights just how quickly the effects of natural selection can be detected.

These findings suggest that scientists may be able to use the genetic differences that evolved in the past as a way to predict how species may adapt to climate change in the future.

Which animals will survive climate change?