You are here: Home / Podcast / Side Effects Of Geoengineering | Earth Wise 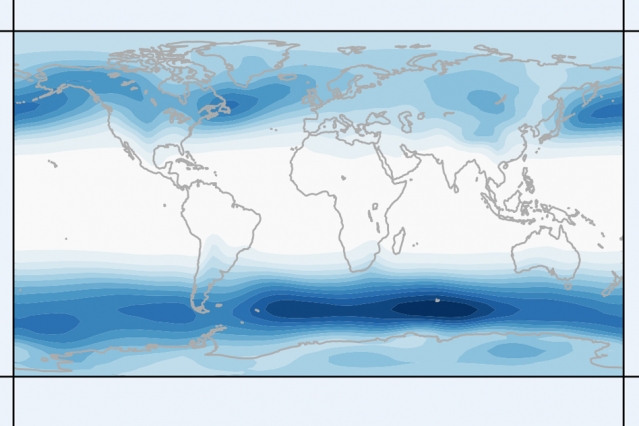 As the world struggles to reduce the greenhouse gas emissions that are warming the global climate, some researchers are exploring proposals to deliberately engineer climate changes to counteract the warming trend.  One of the most widely discussed approaches is to shade the Earth from a portion of the sun’s heat by injecting the stratosphere with reflective aerosol particles.  Proponents of this idea point out that volcanoes do essentially the same thing, although generally for only a limited amount of time.  Particularly large eruptions, such as the Krakatowa eruption of 1883, wreaked havoc with weather around the world for an entire year.

Schemes to launch reflective aerosols – using planes, balloons, and even blimps – appear to be quite feasible from the standpoint of physically accomplishing them. But this says nothing about the political, ethical, and societal issues involved.  The point is that such an approach could indeed lower global temperatures and thereby potentially offset the warming effects of greenhouse gases.

A study by scientists at MIT looked at what other effects such a solar geoengineering project might have on the climate.  Their modeling concluded that it would significantly change storm tracks in the middle and high latitudes.  These tracks give rise to cyclones, hurricanes, and many more ordinary weather phenomena.

Aside from turning the world’s weather patterns inside out, solar geoengineering would do nothing to address the serious issue of ocean acidification caused by increasing carbon dioxide levels.

As many have pointed out, playing the geoengineering game would have many unintended consequences.

Study: Reflecting sunlight to cool the planet will cause other global changes