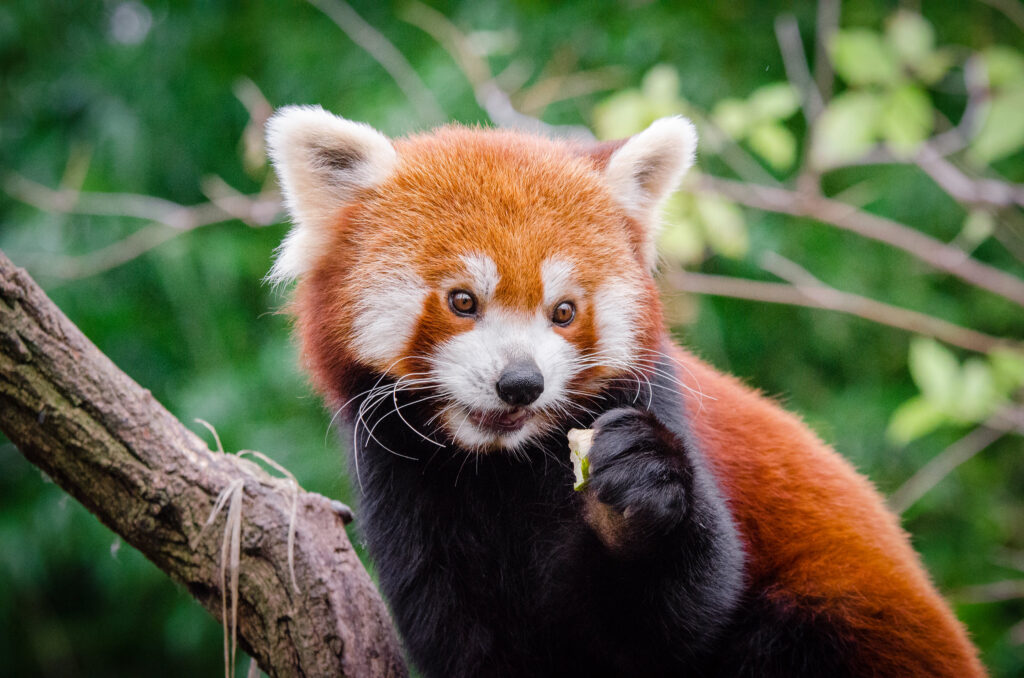 Red pandas are small mammals native to the mountainous forests of China, India, Nepal, Bhutan, and Myanmar.  Unlike their name suggests, they are not related to giant pandas.  In fact, red pandas are distant relatives of raccoons. Renowned for their tree-climbing abilities, red pandas live at moderately high elevations in the Himalayas where they forage widely for bamboo shoots and various fruits.

According to the International Union for the Conservation of Nature, red pandas are endangered.  Scientists estimate that there are less than 10,000 red pandas remaining in the wild today, and these numbers are continuing to fall.

Habitat loss is the main threat to red panda’s survival.  Human expansion into the area, combined with the effects of climate change, has led to the fragmentation and loss of livable land.  Red pandas also face dangers from hunting and poaching.

According to new research recently published in the journal Landscape Ecology, human impacts are driving red pandas closer to extinction than previously thought.  Using GPS telemetry, a research team from the University of Queensland in Australia tracked red pandas in Nepal over a 12-month period.  The researchers found that human activities, such as infrastructure development, were causing red pandas to restrict their movements, which is further fragmenting their habitat and interfering with natural interactions between the animals.

As the amount of wild forest dwindles, red pandas are being forced into situations where they must decide whether to live closer to predators or adapt to co-exist with humans.