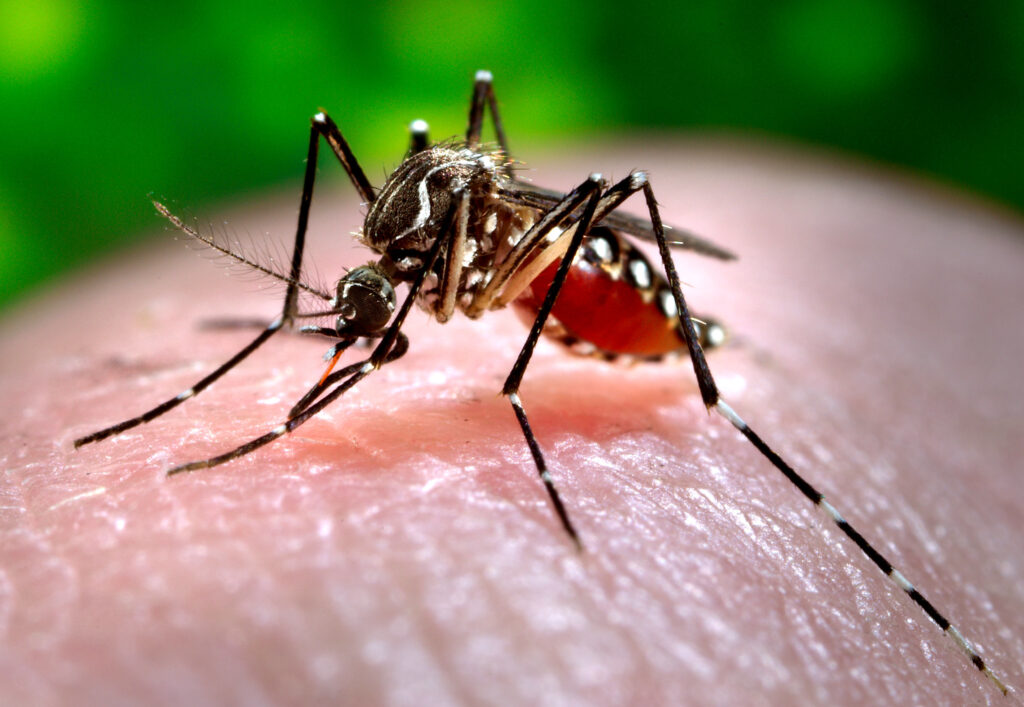 We’ve all probably had the experience of being in the great outdoors with other people and having some of them being nearly devoured by mosquitoes while others didn’t get bitten at all.  It seemed like some people are mosquito magnets while others just aren’t the insects’ cup of tea, so to speak.

There have been various theories proposed over the years including such things as it being a question of blood type, or it having to do with how close one’s blood vessels are to their skin surface.

A new study by the Howard Hughes Medical Institute and the Rockefeller University has uncovered what appears to be the real explanation.  According to the paper published in the journal Cell, certain body odors are the deciding factor.  Every person has a unique scent profile associated with different chemicals present on their skin.  The researchers found that people whose skin produces high levels of carboxylic acids are the most attractive to mosquitos.

The researchers collected scent samples from participants by having them wear silk stockings on their arms for six hours.  The nylons were then cut into pieces and the pieces exposed to mosquitos.  After several months of head-to-head battles between various nylon samples, the study clearly demonstrated that the samples from subjects with higher levels of carboxylic acids in the skin were far more attractive to mosquitos.

Humans produce the substance at much higher levels than other animals.  There is little one can do about their own levels.  Changing one’s diet or what soap they use doesn’t seem to make a difference.

Perhaps researchers can come up with some method of breaking down carboxylic acids in the skin in the future.  Until such time, there are really people who are mosquito magnets.

Some People Really Are Mosquito Magnets, and They’re Stuck That Way