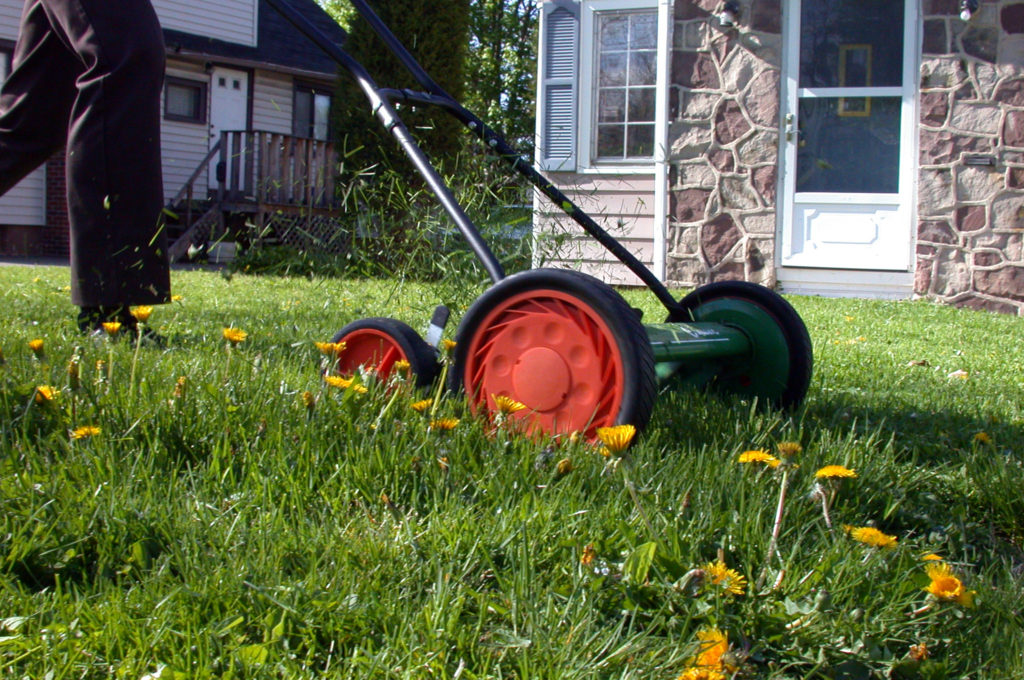 Over 50 million Americans mow their lawns each week, which uses 800 million gallons of gas per year and produces tons of air pollutants.  Garden equipment engines were completely unregulated with respect to emissions until the late 1990s and still emit high levels of carbon monoxide, volatile organic compounds, and nitrogen oxides.  In fact, gas mowers and their relatives like leaf blowers and edgers produce 5% of the air pollution in this country.

The engines themselves are not the only source of pollution.  The EPA estimates that over 17 million gallons of fuel, mostly gasoline, are spilled by gardeners while refueling their lawn equipment.  That is more than all the oil spilled in the Gulf of Alaska by the Exxon Valdez.  All that spilled gasoline contaminates groundwater and evaporates into the air.

Even with today’s regulations in place, lawn machines are much dirtier than automobile engines.  Regulations on car exhaust have gotten tighter and tighter over the years, but those on small engines are just not as strict.  A typical gas-powered lawnmower in use for one hour produces as much smog-forming hydrocarbons as four hours of driving a car.  California, always out in front on environmental issues, is considering establishing tougher regulations on the emissions from small gas engines.

But in the meantime, what can we do about this source of pollution?  Using an electric mower (or an old-fashioned push mower) is one answer.  Using traditional hand rakes instead of gas-powered leaf blowers eliminates both hydrocarbon pollution and noise pollution.  Replacing old mowers with newer models that run cleaner helps.  Of course, in places with chronic droughts, moving away from lawns altogether is increasingly common and is certainly one way to get rid of mower pollution.

Photo, posted May 6, 2006, courtesy of Brian Boucheron via Flickr.

‘Lawnmower Pollution’ from Earth Wise is a production of WAMC Northeast Public Radio.