You are here: Home / Podcast / Greenland Glaciers Past The Point Of No Return | Earth Wise 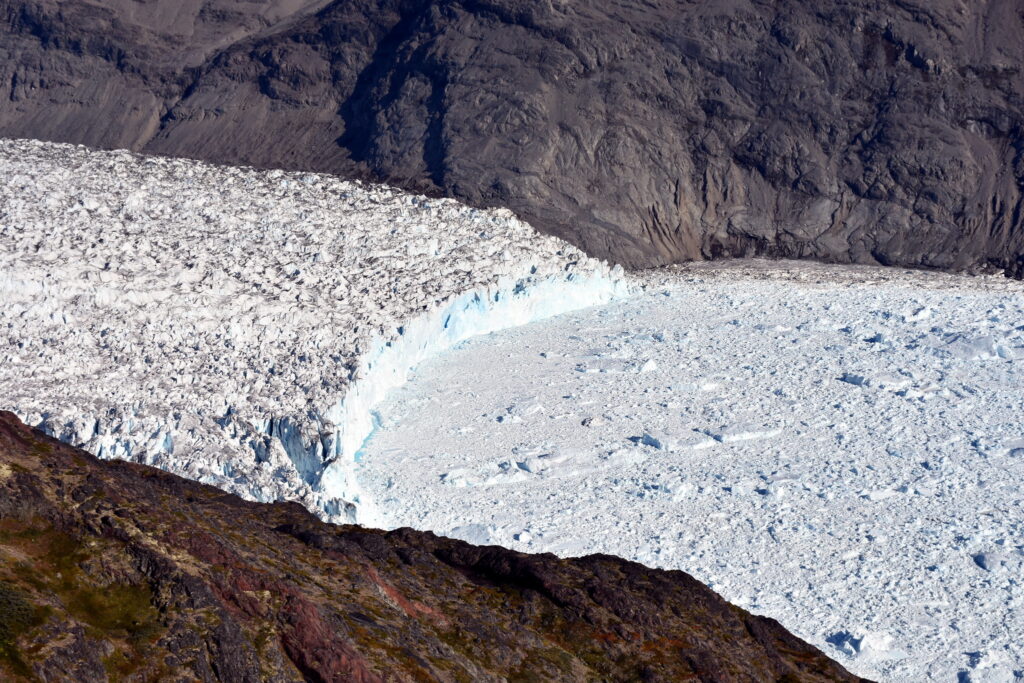 Forty years of satellite data from Greenland shows that the glaciers on the island have shrunk so much that even if global warming came to an abrupt halt, the Greenland ice sheet would continue to shrink.

This conclusion was published in the journal Communications Earth and Environment by researchers at Ohio State University.  According to their study, Greenland’s glaciers have passed a tipping point where the snowfall that replenishes the ice sheet each year can no longer keep up with the ice that is flowing into the ocean from the glaciers.

The study analyzed monthly satellite data from more than 200 large glaciers that drain into the ocean around Greenland.  It looked at how much ice breaks off into icebergs or melts from the glaciers into the ocean as well as the amount of snowfall each year that replenishes the glaciers.

Throughout the 1980s and 90s, these two processes were mostly in balance, keeping the ice sheet intact.  But the amount of ice being lost each year started to increase steadily around the year 2000 while there was no increase in snowfall.   Both processes fluctuate from year to year, but the baseline for ice loss has steadily risen.  Before 2000, the Greenland ice sheet had about the same chance of gaining or losing mass each year.  At this point, the ice sheet is likely to gain mass in only one out of every 100 years.

Large glaciers in Greenland have retreated about 2 miles since 1985, so that many of them are sitting in deeper water with more ice in contact with warmer water making it harder for glaciers to grow back.  At this point, even if the climate reverses its trend, the ice sheet will continue to lose mass.