You are here: Home / Podcast / Fire And Ice | Earth Wise 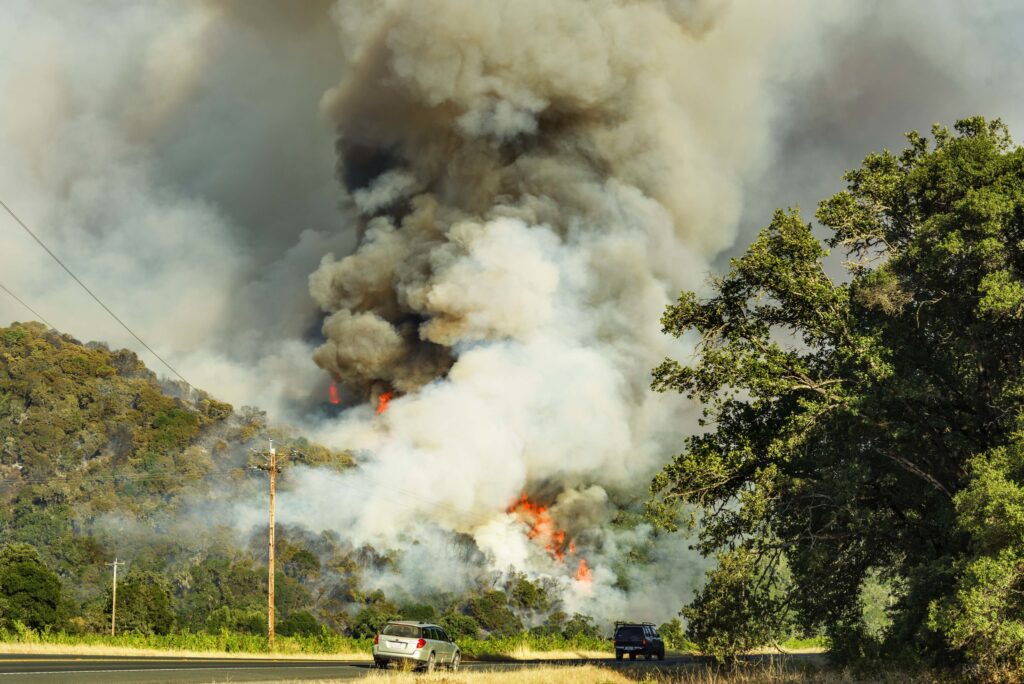 In recent years, there have been countless stories about the effects of the changing climate.  Many of those stories have been about the dwindling sea ice in the Arctic and many others have been about the worsening wildfires in the western United States.   According to a recent study published by the Pacific Northwest National Laboratory, those two things are very much related.

As sea ice in the Arctic melts from July to October, sunlight warms the surrounding land and sea surfaces.  The resulting differences in air pressure create and strengthens a vortex in the atmosphere above the heated area which spins counterclockwise like a cyclone.

Arctic sea ice has continually declined at least since the late 1970s.  It is predicted that there will be periods of entirely iceless Arctic waters before the 2050s.  In turn, conditions in the already fire-ravaged West are likely to be further exacerbated.  More than three million acres have burned across California alone during the 2021 wildfire season.

Climate conditions in one part of the world can, over time, influence climate outcomes thousands of miles away.  The research at Pacific Northwest Laboratory reveals how regional land and sea surface warming caused by Arctic ice melting can trigger hotter and drier conditions in the West later in the year.

Fire and Ice: The Puzzling Link Between Western Wildfires and Arctic Sea Ice