You are here: Home / Podcast / Fighting Hunger With A Shrub 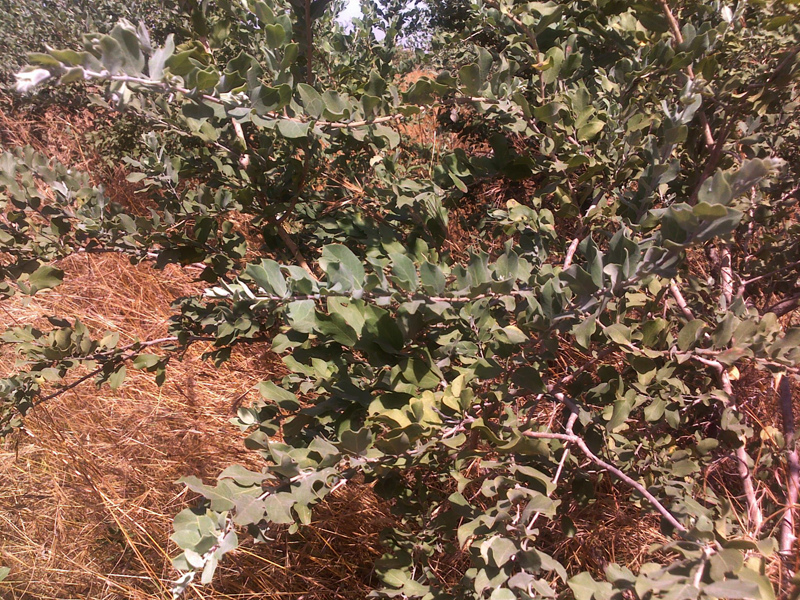 A recent study has revealed that a tough, woody shrub that grows throughout Western Africa can actually share its water with adjacent cultivated plants and boost grain production.

The shrub, called guiera, grows in Senegal and other parts of the African region called the Sahei.  Farmers in that area have allowed these shrubs to grow alongside crops to varying degrees for thousands of years.  However, farmers often cut them back or rip them out and burn them.

Researchers from Ohio State University have developed an innovative crop management system they call the “optimized shrub system” that takes advantage of the properties of the guiera shrub.

These shrubs have very deep roots, growing 30 to 40 feet beneath the surface.  At night, when the shrubs aren’t busy with sunlight-dependent photosynthesis, the water they draw from deep underground actually leaks out through surface roots into the surrounding soil rather than exiting through the leaves.   Because of this, they actually provide water to neighboring plants.

In experiments performed by the researchers, growing the shrubs side-by-side with the food crop millet increased millet production by more than 900 percent.  Millet is one of the primary grains that provide nutrition to West Africans.

The optimized shrub system involves a dramatic increase of shrub density in farmers’ fields from fewer than 120 shrubs per acre to 600 shrubs on that same plot of land.  The system also includes fertilizing the ground with shrub leaves.

The result is higher yields, improved soil quality, and a reduction in the time to harvest by about 15 days.

Planting more of a ubiquitous local shrub may help a semi-arid region of Africa provide food for its population.

How one tough shrub could help fight hunger in Africa

‘Fighting Hunger With A Shrub’ from Earth Wise is a production of WAMC Northeast Public Radio.