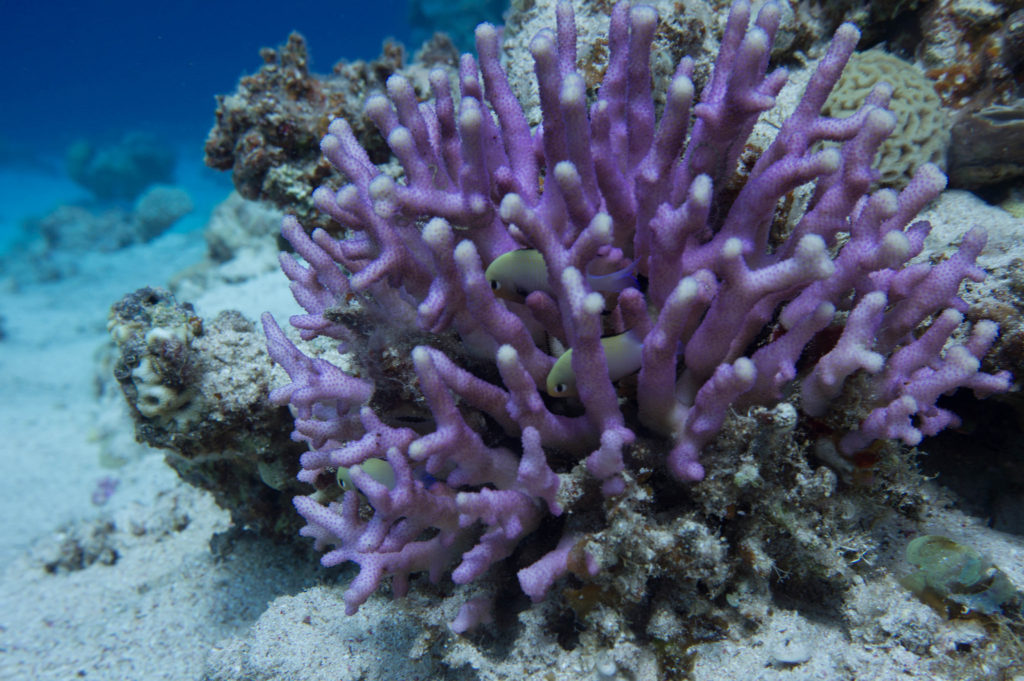 Microplastics, which are tiny pieces of weathered plastic less than 5 millimeters in diameter, have been accumulating in the oceans for the past 40 years and are now ubiquitous in the marine environment.  They are a major threat to many kinds of marine life, including numerous species of birds, turtles, fish, marine mammals and invertebrates who ingest the stuff causing a variety of problems.

Corals, which are actually colonies of tiny animals called polyps, are already endangered by rising ocean temperatures and increasing ocean acidification.  It turns out that polyps are also ingesting large quantities of microplastics.

The prevailing theory about why so many marine animals eat plastic debris is that the tiny bits of floating plastic resemble prey such as plankton.  But the ingestion of plastics by corals cannot be due to visual cues because corals have no eyes.

A new study by Duke University has found that there is a straightforward explanation for why corals eat plastic:  it tastes good to them.   When plastic is manufactured, it has hundreds of chemical additives on it.  Evidently, one of these chemicals or perhaps some combination of them results in something that is very tasty to corals.

They also found that older plastic, which has been befouled with bacteria, is less appealing to corals.  They are 3 times less likely to eat it.  When offered other comparably-sized tidbits (like bits of sand), they show very little interest at all.

‘Corals Like Plastic’ from Earth Wise is a production of WAMC Northeast Public Radio.