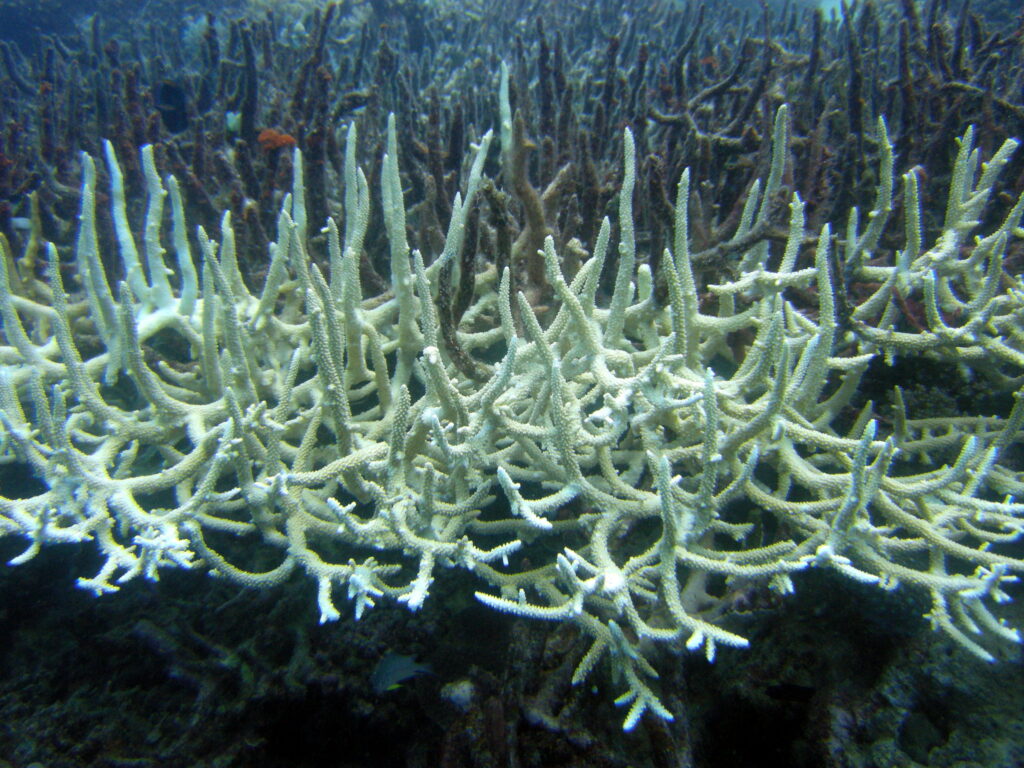 The primary threat is coral bleaching, which is the disruption of the symbiotic relationship between coral polyps (which are tiny animals) and the heavily pigmented microalgae that live within the coral structures and provide most of the energy for the polyps. When corals are stressed, often because water temperatures are too high, they expel the microalgae within them.  The structures then become transparent, leaving only the white skeletal corals.  Bleached corals aren’t dead, but they are at great risk of starvation and disease until and unless new symbiont algae are acquired.

A new study by scientists at Uppsala University in Sweden investigated how different species of coral symbiont algae react to temperature stress.  They discovered differences among symbiont cells that enable the prediction of how temperature stress tolerant the cells are.  Such predictive ability could provide the means to identify and select more temperature-tolerant coral symbionts that could conceivably be introduced into coral host larvae in order to make corals more robust against climate change.

The research has a ways to go, but the new tools may help coral reef monitoring and increase the speed at which reef restoring efforts can create stocks of climate-resistant symbionts.