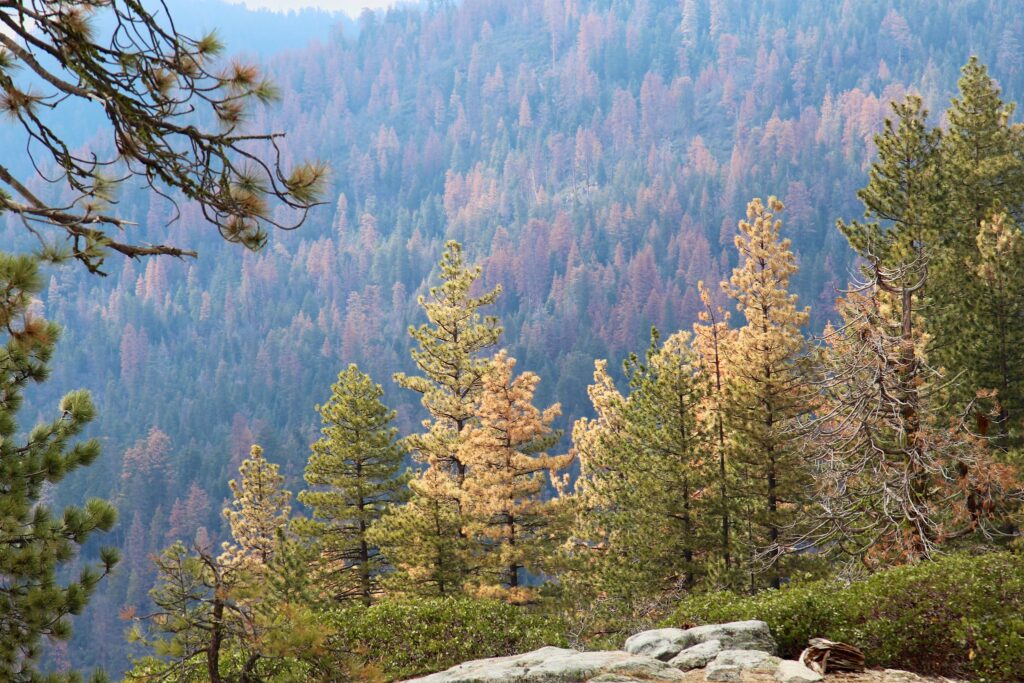 California relies on extensive forests to help reduce the amount of carbon dioxide entering the atmosphere.  But extensive drought and increasingly frequent wildfires have been reducing the state’s tree population for the past three decades.

A comprehensive study by a team of scientists from the University of California Irvine used satellite data to study vegetation changes between 1985 and 2021.  Across the entire state, tree cover area has declined 6.7% over that time period.  The results varied from region to region across the state.

Southern California exhibited the sharpest decline, where 14% of the tree population in local mountain ranges vanished, potentially permanently.  In the Sierra Nevada mountains, tree populations were relatively stable until about 2010.  After that, a severe drought followed by historically large wildfires resulted in a 8.8% die-off of trees.  The northern parts of the state, with higher rainfall and cooler temperatures, fared better, being able to more easily recover from wildfires.

The study goes beyond measuring the tree population of the state and its effects on carbon storage.  The data is also important for understanding how changes in forest cover affects water resources and fire behavior in the state.

The decline of trees in California is affecting the carbon storage abilities of the state.  The satellite survey showed that as the tree populations have dropped, the state’s coverage of shrubs and grasses has risen, possibly indicating that permanent ecosystem shifts are occurring.  The forces contributing to the decline of trees in California are not going away any time soon.  As a result, the threat to California’s ability to mitigate the effects of climate change continues to grow.

UCI study: California’s trees are dying, and might not be coming back