You are here: Home / Podcast / A Prize For Water From The Air 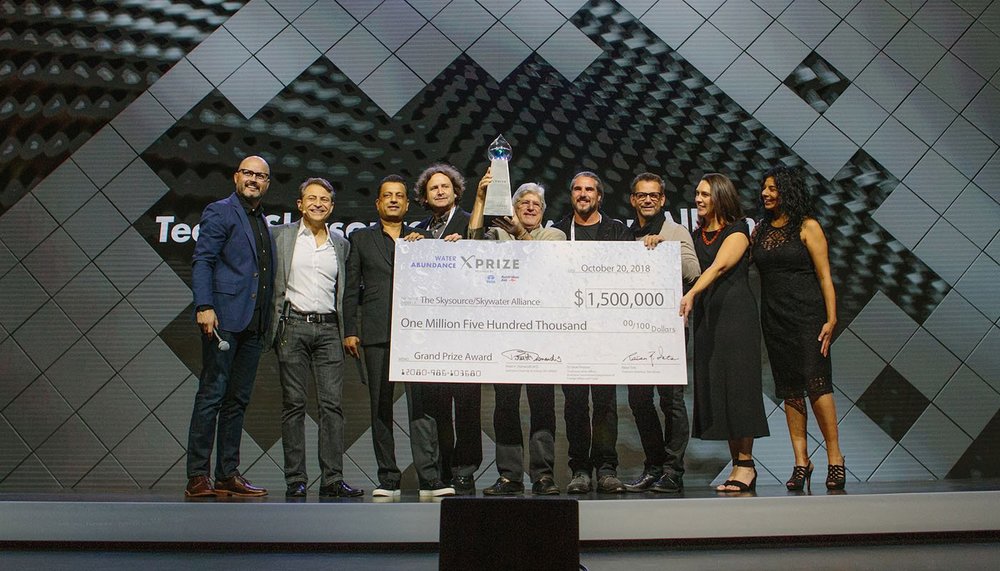 Recently, an XPrize in the area of Water Abundance was awarded.  That competition, launched in 2016, asks designers to build a device that can extract at least 2,000 liters of water a day from the atmosphere, uses clean energy, and costs no more than 2 cents a liter.

The $1.5 million prize was awarded to the Skysource/Skywater Alliance. Their system, called WEDEW, which stands for “wood-to-energy deployed water”, is a combination of two existing systems.   One is a device called Skywater, which is a large box that mimics the way clouds are formed.  It takes in warm air that hits cold air and forms droplets of condensation that is then collected and stored in a tank inside a shipping container.

The second part uses a biomass gasifier, which is a low-cost way to provide the energy that is needed to produce the electricity that runs the condensation process.  The gasifier can run on wood chips, coconut shells, or whatever biomass is locally available.  The gasifier uses a process called pyrolysis to vaporize the biomass and results in a hot and humid system, which is ideal for running the air-to-water machine.

The Skywater machine is already in use in some places, but the new combination with biomass power only exists because of the XPrize competition.

‘A Prize for Water from Air’ from Earth Wise is a production of WAMC Northeast Public Radio.