You are here: Home / Podcast / A New Super-Enzyme For Breaking Down Plastic | Earth Wise 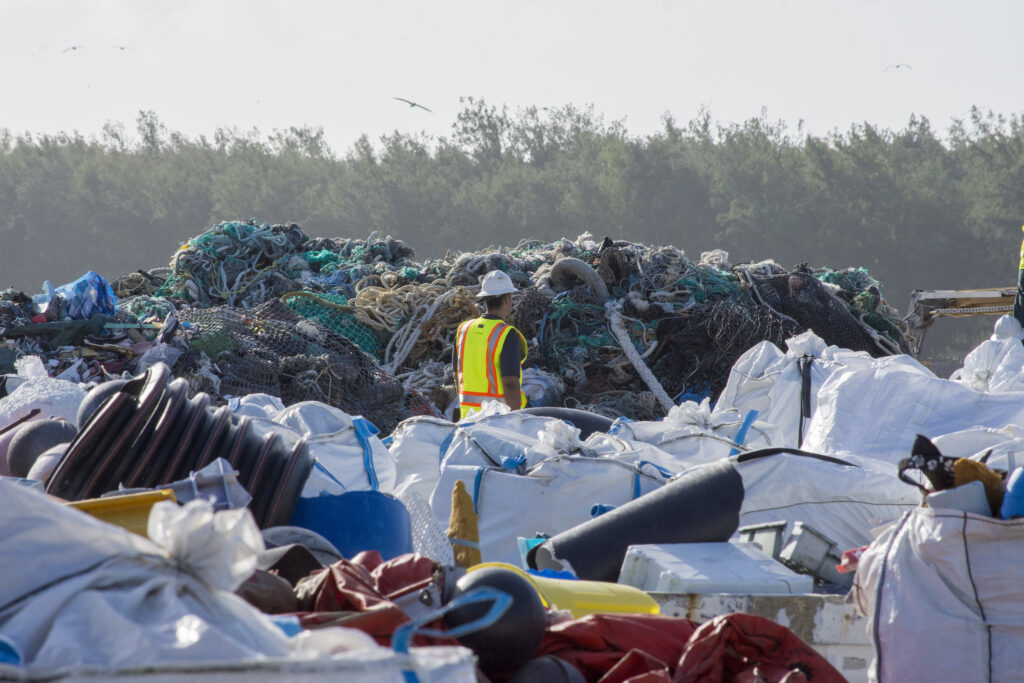 The problems caused by plastic waste continue to grow.  Plastic pollution is everywhere, from the Arctic to the depths of the ocean.  We consume microplastics in our food and breathe them in the air.  It is very difficult to break down plastic bottles into their chemical constituents in order to make new ones from old ones. Therefore, we continue to produce billions of single-use plastic bottles, creating more and more new plastic from oil each year.

Scientists at the University of Portsmouth in the UK have developed a new super-enzyme that degrades plastic bottles six times faster than before.  They believe that the new enzyme could be used for plastic recycling within a year or two.

The super-enzyme was derived from bacteria that naturally have the ability to eat plastic.  The researchers engineered it by linking two separate enzymes, both of which were found in a plastic-eating bug discovered in a Japanese waste site in 2016.  They revealed an engineered version of the first enzyme in 2018, which started breaking down plastic in a few days.  They had the idea that connecting two enzymes together would speed up the breakdown of plastic.  Such linkage could not happen naturally in a bacterium.

Carbios, a French company, announced a different enzyme in April that can degrade plastic bottles within 10 hours but requires heating above 160 degrees Fahrenheit.  The new super-enzyme works at room temperature.

The team is now examining how the enzymes can be tweaked to make them work even faster.  Meanwhile, they plan to work in partnership with companies like Carbios, to bring super-enzymes for breaking down plastics into commercial use.

New Super-Enzyme Can Break Down Plastic at Rapid Pace