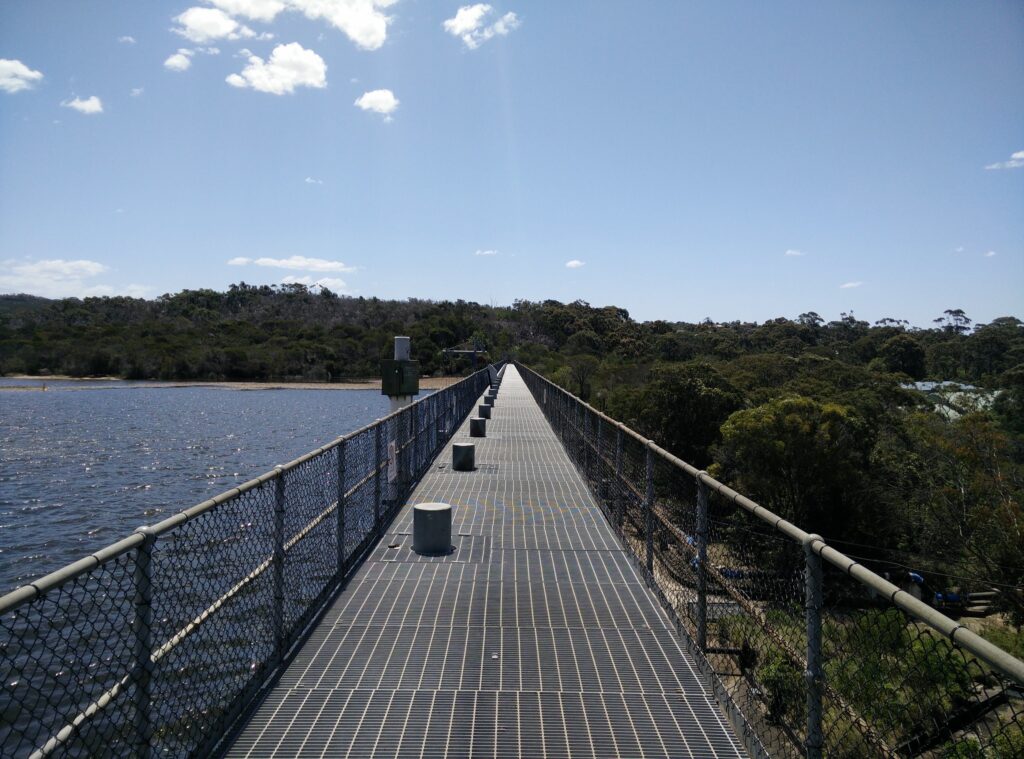 Freshwater fish populations have declined by more than 80% over the past forty years across the globe.  This is in part due to hundreds of thousands of dams, weirs, and barriers stopping their movements.  These river barriers have disrupted fish reproduction cycles the world over by preventing river fish from migrating to spawn.

Fishways or fish ladders are waterways constructed on or around obstructions in order to provide passageways for fish and other aquatic species.  Often, they consist of a series of small overflow weirs and pools constructed in the form of steps.  Fish need to jump from one pool to another to migrate to the upstream.  Such fish ladders require a large space to construct.  These and several other types of fishways tend to be expensive to install and maintain and are not always successful in allowing fish to get to where they need to go.

Researchers at the University of New South Wales in Australia have come up with an ingenious new type of fishway.  Called a “tube fishway”, it is a low-cost and low-energy installation that works by pumping fish at high velocity – protected by a cushion of bubbly water – through a tube running over the obstructing barrier to deliver them safely into the water on the other side.

They successfully demonstrated a prototype system on a rugged slope behind a campus building that transported fish from one tank to another about 25 feet up the slope.

Fish are attracted into the chamber by suitable geometry and the system uses the energy available from the upper reservoir to lift the fish.  Modeling shows that the system will work for pipes as large as three feet in diameter and could lift fish more than 300 feet vertically.