You are here: Home / Podcast / A Hidden Source Of Arctic Carbon | Earth Wise 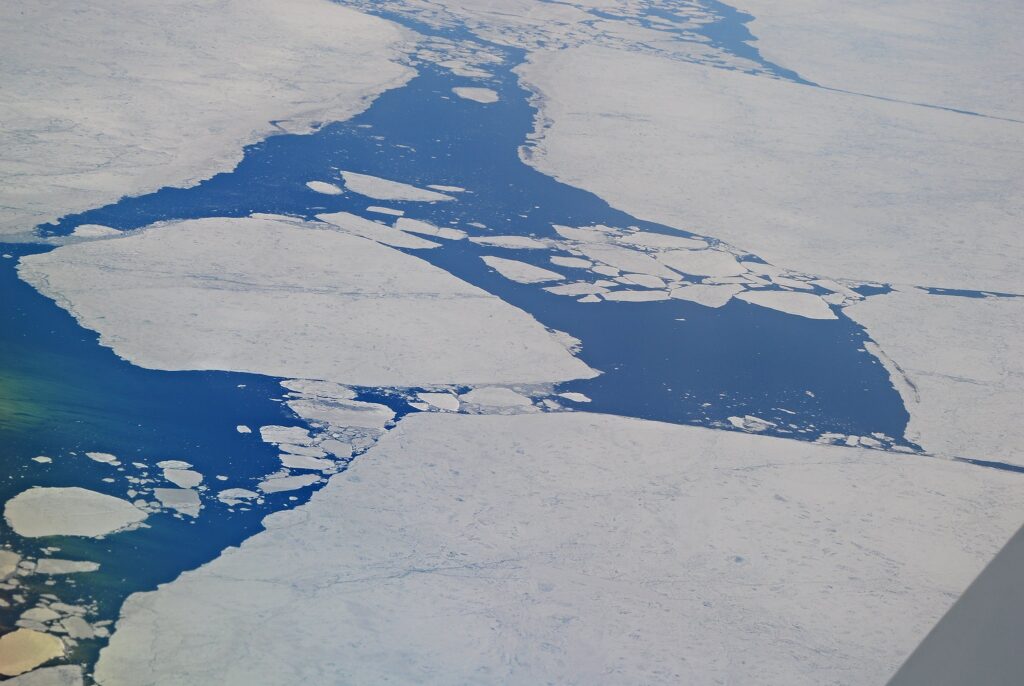 Researchers from the University of Texas at Austin, the U.S. Fish and Wildlife Service, and Florida State University have published a paper presenting evidence of significant and previously undetected concentrations and fluxes of dissolved organic matter entering Arctic coastal waters.  The source of the organic matter is groundwater flow atop the frozen permafrost.  The groundwater moves from land to sea unseen, but the new research reveals that it carries significant concentrations of carbon and other nutrients to Arctic coastal food webs.

Globally, groundwater is important for delivering carbon and other nutrients to oceans, but in the Arctic, where much water is trapped in the permafrost, its role was thought to be minimal.  But the new research reveals that groundwater may be contributing an amount of dissolved organic matter to the Alaskan Beaufort Sea that is comparable to what comes from neighboring rivers during the summer.

The researchers found that shallow groundwater flows beneath the surface and picks up new, young organic carbon and nitrogen, but it also mixes with layers of deeper soils and thawing permafrost, picking up and transporting century-to-millennia old organic carbon and nitrogen.  This material is unique because it is directly transported to the ocean without seeing or being photodegraded by sunlight and may be valuable as a food source to bacteria and higher organisms that live in Arctic coastal waters.

The study concluded that the supply of leachable organic carbon from groundwater amounts to as much as 70% of the dissolved organic matter that enters the Beaufort Sea from rivers during the summer.  The role that groundwater inputs play in Arctic coastal ecosystems will be an area of active research for years to come.

Hidden Source of Carbon Found at the Arctic Coast