You are here: Home / Podcast / A Decline In Flying Insects 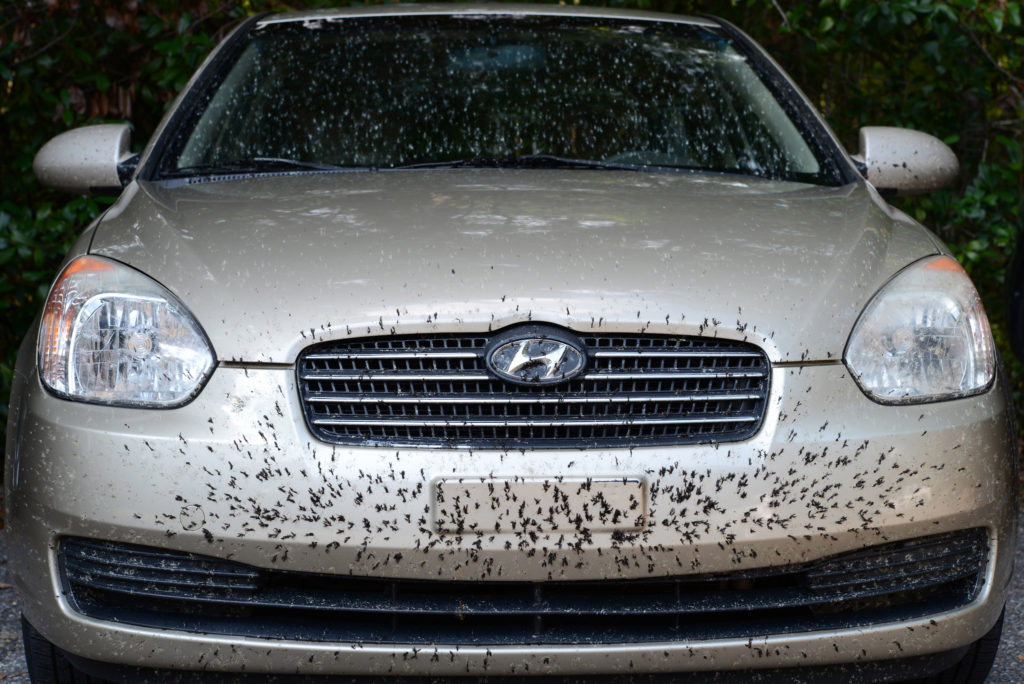 When was the last time you used a squeegee to remove squashed insects from your windshield?  It’s been a while, right?  It’s not just you.  This is known as the windscreen phenomenon.  Scientists and some motorists have long suspected that flying insects are in dramatic decline.  New research has confirmed these suspicions.

According to a study recently published in the journal Plos One, research at more than 60 protected areas in Germany suggests flying insects have declined by more than 75% since 1989.  And the worst part is that the causes for the decline are unknown.  Scientists say the dramatic decline was seen regardless of habitat, land use, and weather, leaving them at a loss to explain what was behind it.

The decline of insects measured in this study was more severe than the decline measured in previous studies.  For example, a survey of insects conducted at four sites in the United Kingdom between 1973 and 2002 only found losses at one of those four sites.

The decline of insects has far-reaching consequences for entire ecosystems.  Many birds, bats, amphibians, and reptiles rely on insects as a food source.  And many plants rely on insects for pollination.

The research in Germany included data from thousands of different insects, such as bees, butterflies, and moths, trapped at 63 nature protection areas over 27 years.  Scientists say these findings are even more troubling because the decline was measured in nature reserves, which are meant to protect insects and other living things.

While they work to uncover the cause, researchers advocate adopting measures known to be beneficial for insects, such as planting strips of flowers around farmland and minimizing the effects of intensive agriculture.

Alarm over decline in flying insects

‘A Decline in Flying Insects’ from Earth Wise is a production of WAMC Northeast Public Radio.