You are here: Home / Our Environment / Save The Turtles 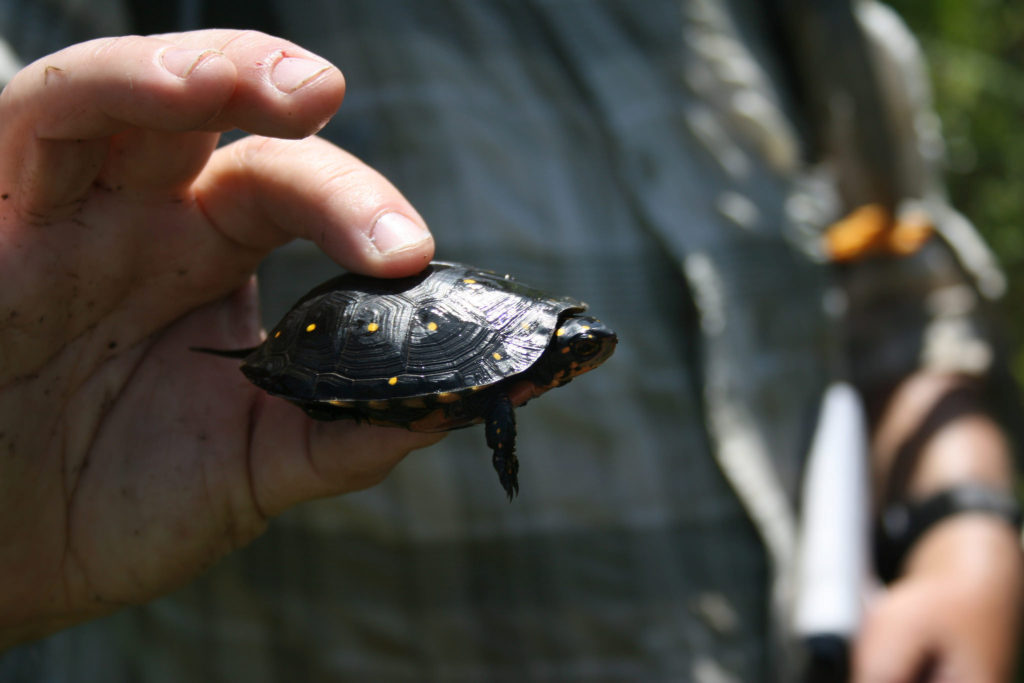 In the late spring, thousands of turtles are on the move, looking for cozy spots to lay eggs.  Many of us spot them digging in our gardens from time to time.  Unfortunately, many of them cross roads and highways.  According to the state Department of Environmental Conservation, thousands are struck and killed by cars each year in New York.

This time of year, it is especially important to be on the lookout for turtles and to drive cautiously, especially on roads near rivers and marshy areas.  According to DEC officials, drivers who spot a turtle should follow a specific protocol.   If it is safe to do so, stop your car, pick up the turtle by the side of its shell, and set it free, off-road, in the direction it was moving.

When relocating turtles, one must be careful if they are snapping turtles.   Those can inflict painful bites.  The feisty creatures should be picked up only by the rear of their shell using both hands.  Stay away from the snapping mouth.

New Yorkers are fortunate to share our state with a variety of native reptiles.  It is worth a little time and effort to try to save them from getting crunched by cars.

State actually wants you to help turtles cross the road

‘Save the Turtles’ from Earth Wise is a production of WAMC Northeast Public Radio.