You are here: Home / Agriculture / Americans And Beef 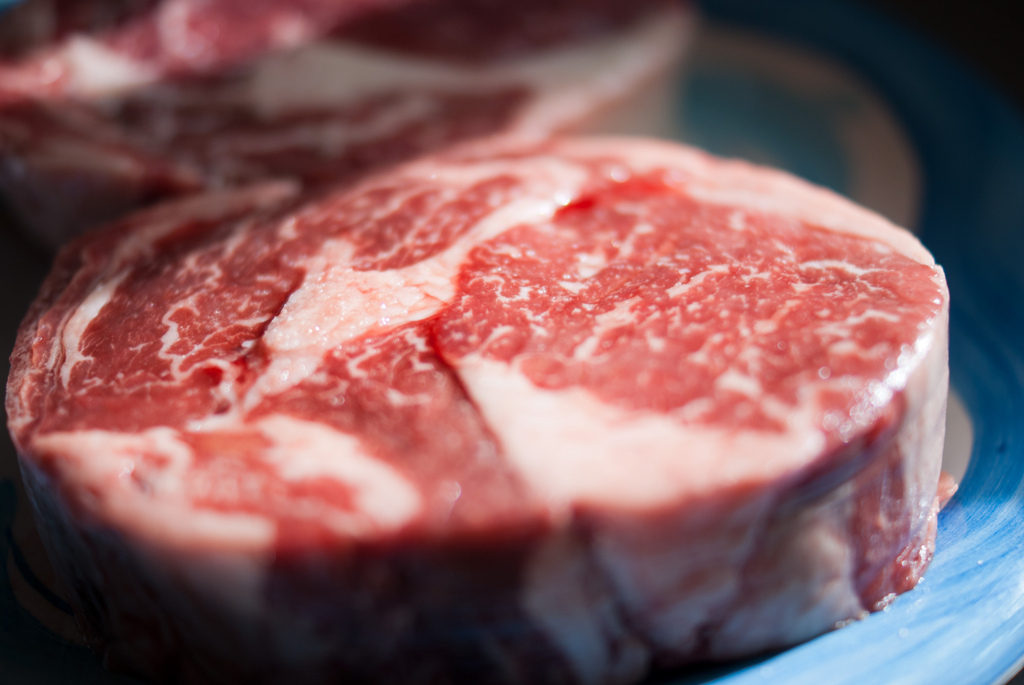 There’s ample evidence over the past decade or so that Americans are gradually changing their diets, driven by health concerns among other factors.  But there’s one change that really stands out.  According to a study by the Natural Resources Defense Council, Americans have sliced their beef consumption by 19% between 2005 and 2014.

The NRDC is praising the plummeting popularity of beef as a victory in the fight against climate change.  Since animal agriculture is a major contributor of greenhouse gas emissions, it’s estimated that the move away from beef would have the pollution reduction equivalent of removing 39 million cars from the road.

Of all the foods Americans eat, beef has by far the biggest environmental footprint.  Cattle feed is grown using petroleum-based fertilizers.   The animals’ digestive systems produce methane, a pollutant 25 times as damaging as carbon dioxide.  And the animals’ manure emits greenhouse gases when it’s sprayed over fields or stored in tanks.

But researchers say it wasn’t an awareness of these environmental impacts that was responsible for shifting Americans’ diets.  It more likely was a greater awareness of how food affects health and well-being.

But not everyone agrees.  The National Cattlemen’s Beef Association says reduced supply and a subsequent increase in price caused this trend.  The industry group predicts a recovery in beef consumption, as does the Agriculture Department.

The NRDC study also found that changes in the overall American diet reduced emissions by the equivalent of taking 57 million cars off the roadways, despite a 9% population growth during that time span.

Maybe we can fight climate change with our forks.

‘Americans and Beef’ from Earth Wise is a production of WAMC Northeast Public Radio.