You are here: Home / Air and Water / The Great Barrier Reef 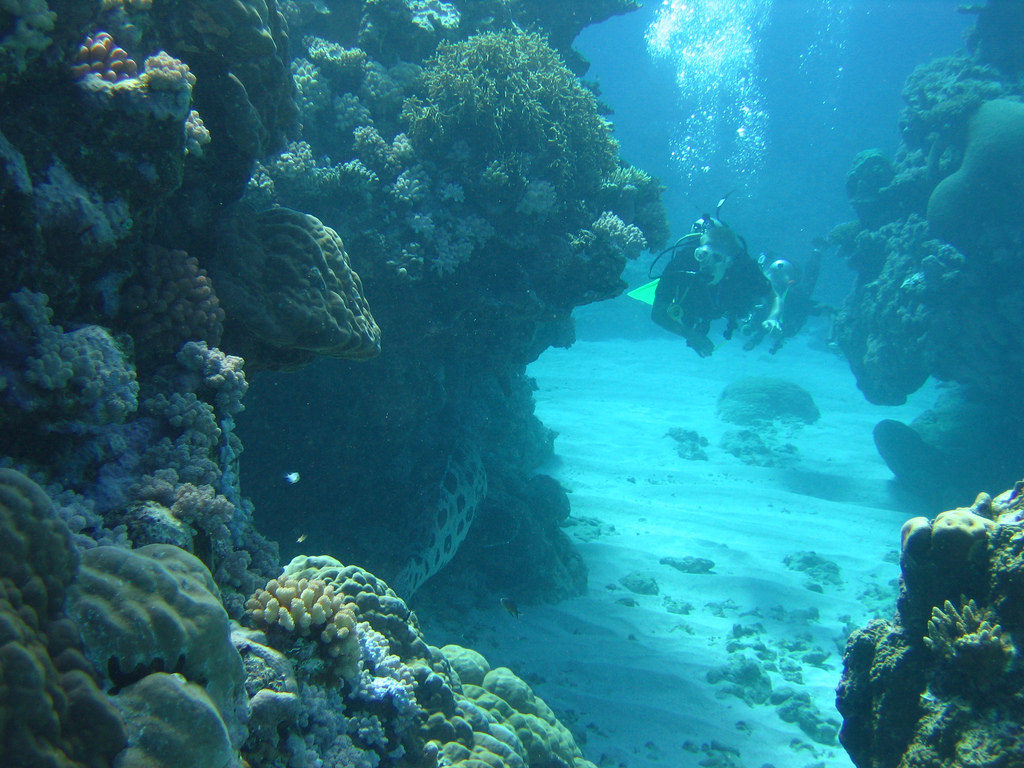 The summer of 2016 saw record heatwaves in Australia, leading to record high sea temperatures.  A series of aerial and underwater surveys showed that these increased water temperatures triggered the most damaging and widespread coral bleaching event on record.

Nearly half of the reef is now “extremely” bleached and over 90% shows at least some signs of bleaching.  Coral cover on the Great Barrier Reef has been cut in half over the last 27 years.   Preliminary estimates suggest that half of the remaining coral may have been lost during last summer’s disaster.

Coral bleaching happens when increased sea temperatures cause corals to expel the algae that grow inside them.  This turns the reefs white and eliminates their main energy source.  Sustained bleaching results in coral death.   The bleaching from last summer’s heatwave was worse than expected and has raised serious concern for the future of the reef ecosystem.

When coral bleaches and dies, there is no longer a coral reef.  The remaining skeletons are colonized by algae, turning them dark in color.  Eventually they collapse, eliminating the natural habit for fish and other marine life.

The decline of coral reefs is an anticipated outcome of global warming.  About 275 million people around the world directly depend on reefs for livelihood and sustenance and global reefs form the nurseries for about a quarter of the world’s fish.

This is an unfolding tragedy for all the planet’s inhabitants.

‘The Great Barrier Reef’ from Earth Wise is a production of WAMC Northeast Public Radio.