You are here: Home / Economy and Policy / Whale Sharks 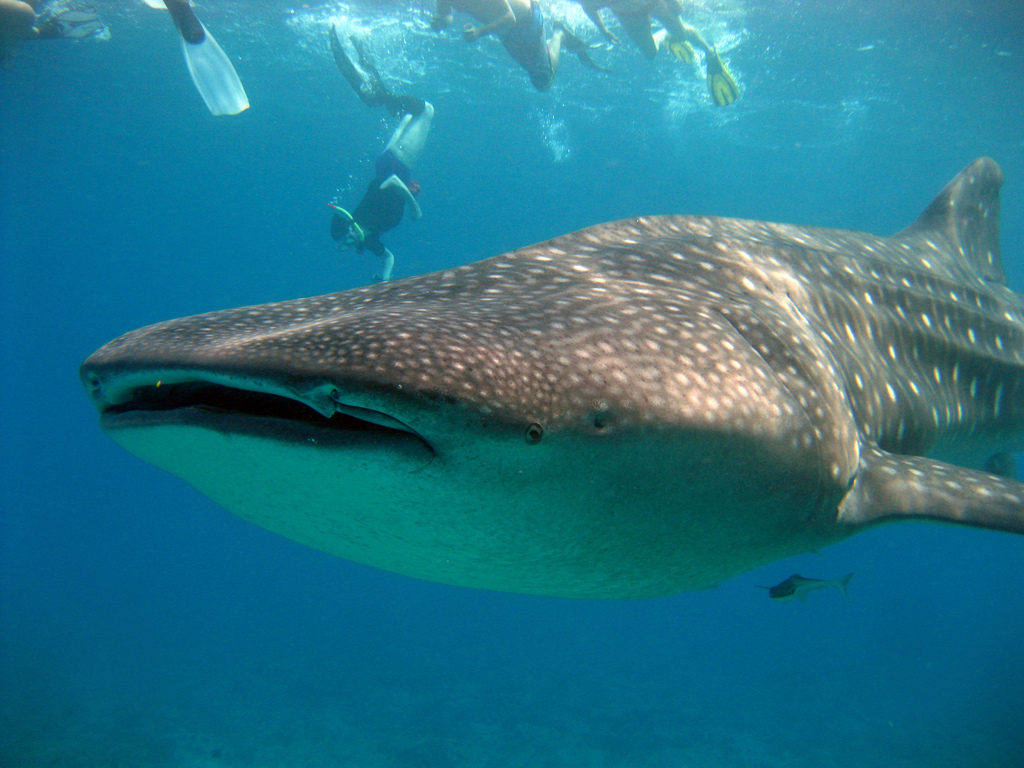 Whale sharks are the largest fish in the sea.  They can grow more than 40 feet in length, weigh up to 47,000 lbs, and have a lifespan of about 70 years.  They can be found cruising in the open waters of tropical oceans.  But despite being enormous, whale sharks are no threat to humans.  The docile beasts, which feed almost exclusively on plankton, have often been referred to as “gentle giants.”

But not all is well with whale sharks.  The International Union for the Conservation of Nature has reclassified the species as endangered following recent declines in its population.  As reported in National Geographic, whale sharks have lost more than half of their population over the past 75 years.  Legal and illegal fishing, entrapment in fishing gear, and collisions with boats were among the reasons for the decline, according to the IUCN.  It’s not clear how many whale sharks are left; estimates suggest somewhere in the tens of thousands globally.

Despite bans in many regions, fishing for the iconic species is particularly prevalent in China and Oman.  Whale sharks are harvested for their meat, fins, and for use in traditional medicines.  They are considered a jackpot for fishermen because the sharks weigh so much.

And ecotourism should also help whale sharks rebound.  Scientists suggest a single whale shark could bring in more than one million dollars during its lifespan through ecotourism revenue.

Let’s help save these gentle giants before it’s too late.

‘Whale Sharks’ from Earth Wise is a production of WAMC Northeast Public Radio.