You are here: Home / Podcast / Upgrading The Doomsday Seed Vault 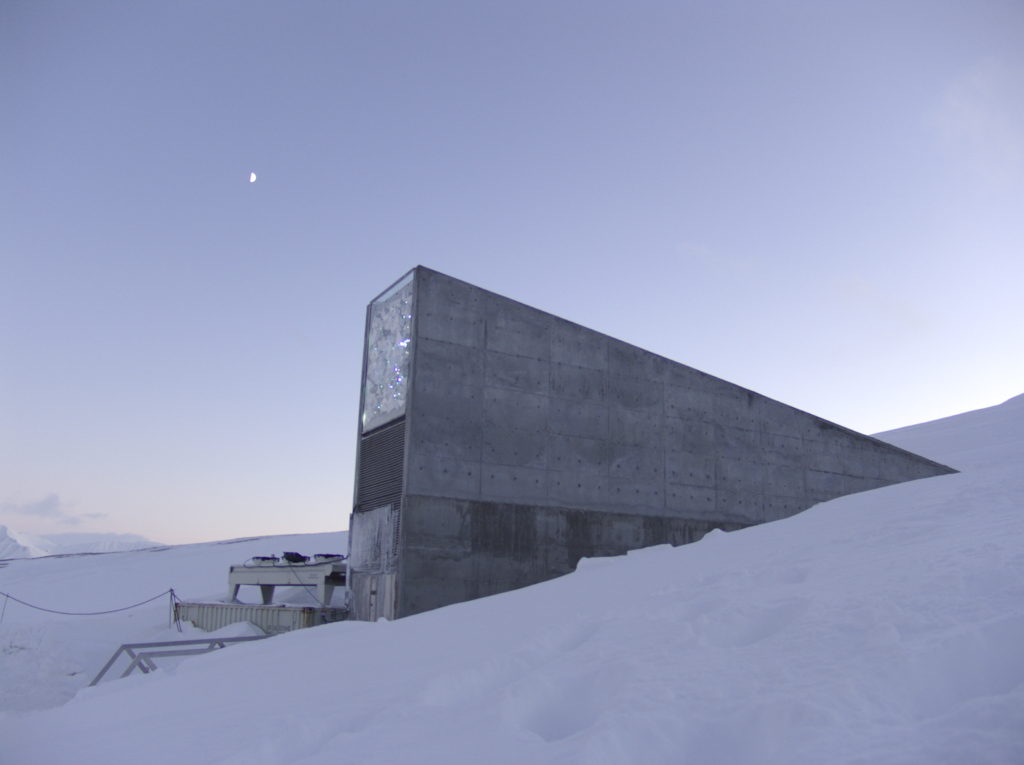 The Svalbard Global Seed Vault, located nearly 400 feet beneath the earth’s surface and fully funded by the Norwegian government, offers any government access to seeds in case of natural or man-made disaster.  It’s more often referred to as the Doomsday Seed Vault.  And ironically, it too is threatened by climate change.

Following unprecedented flooding as a result of melting permafrost in the region, the Norwegian government announced it will invest $13 million to upgrade the protection of the world’s food supplies.  The announcement came during the international facility’s 10th anniversary celebration and its holding of more than one million seed samples.

According to the Norwegian government, upgrades will include a concrete access tunnel and a building for emergency power and refrigeration.  The announcement comes one year after the vault’s entryway flooded following unanticipated melting of the region’s permafrost.  The original design of the vault was to utilize the location’s permafrost as a permanent feature to naturally cool and protect the seeds.  The vault was also meant to operate without humans, but it’s now monitored 24 hours a day.

The concept of the Doomsday Vault was successfully tested in 2015, when seeds were withdrawn to help Syria re-establish crops destroyed during the country’s civil war.

According to the United Nations, there are more than 1,700 gene banks containing food crops globally.  In the U.S., there are more than two dozen such centers affiliated with the U.S. National Plant Germplasm System, the largest of which is reported to contain billions of seeds.

As the climate continues to change, the importance of these seed vaults as global insurance for food will only increase.

‘Upgrading the Doomsday Vault’ from Earth Wise is a production of WAMC Northeast Public Radio.