You are here: Home / Podcast / U.S. Offshore Wind Powering Up 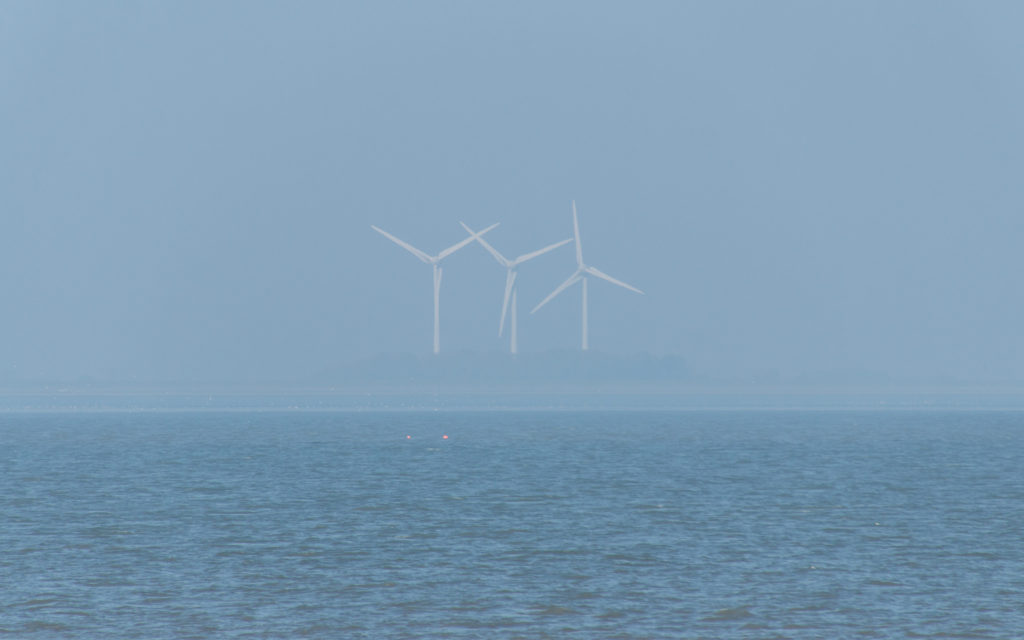 So far, there is only one commercial offshore wind farm in the U.S.:  the tiny Block Island Wind project off Rhode Island.  But analysts believe that the coming decade will see a real boom in offshore wind.

Danish clean-energy giant Ørsted is hoping to build a 1 GW wind farm about 10 miles off the New Jersey coast.

Sophisticated turbine technologies and economies of scale are driving down the costs of offshore wind and new construction techniques are allowing wind farms to be built in deeper water farther offshore, lessening the public’s concern about the visual impact of wind turbines.  A number of European wind technology companies with extensive experience in building and operating offshore farms are setting up shop in the U.S.

So far, the Trump administration, which is generally hostile to renewable energy, appears to be supporting the growth of offshore wind and Congress recently extended the tax credits for the wind industry for several more years.  The technology may finally be powering up in the U.S.

After an Uncertain Start, U.S. Offshore Wind Is Powering Up