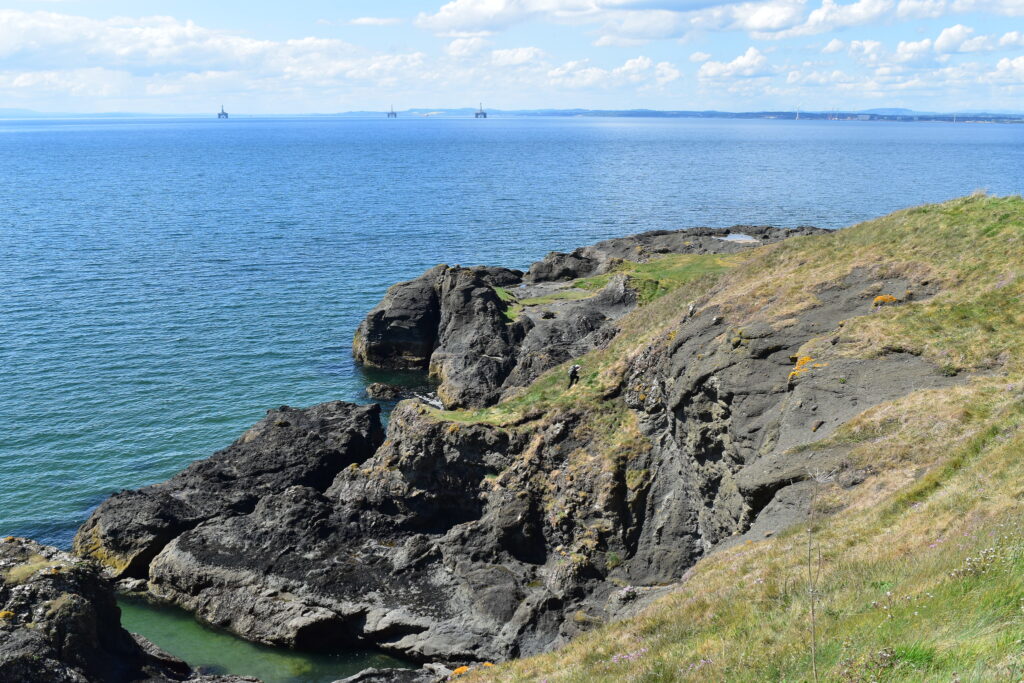 Most of the world’s activity in renewable energy is focused on solar and wind power.  The use of both is expanding rapidly. But there is also marine energy to be exploited.  Ocean waves and tidal movements hold huge amounts of energy.  Estimates are that the European Union could get 15% of its power from marine sources.  But ocean energy is currently expensive and there are significant technical challenges still to be overcome.

The world’s largest tidal power device will soon begin testing off the coast of Scotland.  The 680-ton, 240-foot-long, airplane-shaped device will be connected to the European Marine Energy Center for testing.

The device, built by the Scottish company Orbital Marine Power, is designed to produce 2 megawatts of electricity, enough to power 2,000 homes.   It has a pair of 52-foot-long turbines attached to two wings.

Compared to wind and solar power, the marine energy sector has been much slower to develop because of the many difficulties of working in harsh marine environments as well as the technical challenges associated with harnessing power from waves and tides. But ocean waves and tidal movements hold enormous amounts of energy and have the advantage that they are available at all times, unlike wind and solar energy, which are variable in nature.

Experts say that the future of tidal energy lies with arrays of floating or sea-bottom-mounted turbines that capture the energy of tidal currents in unobstructed waters.  There are various places around the world where this is an attractive opportunity, most notably in Nova Scotia’s Bay of Fundy, where the world’s most extreme tides – rising and falling more than 50 feet – contain vast amounts of power.