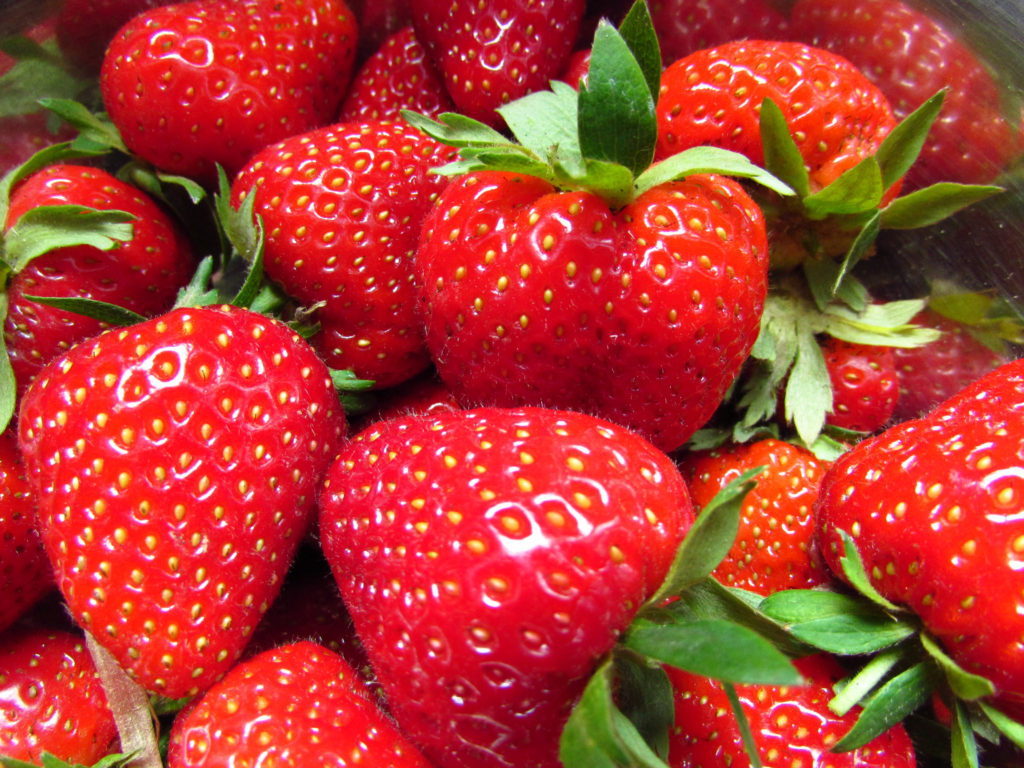 Every year, the Environmental Working Group ranks pesticide contamination in 47 popular fruits and vegetables for its Shopper’s Guide to Pesticides in Produce.  The environmental nonprofit has created this ranking annually since 2004.

The Shopper’s Guide is based on results of tests by the USDA and the FDA on more than 38,000 non-organic produce samples.  The Environmental Working Group examined six measures of contamination, including the average number of pesticides and the average amount of pesticides found on samples.  The USDA personnel washed and peeled produce to mimic consumer practices when testing the samples.

The dirtiest in the Dirty Dozen of 2018? Strawberries. Spinach came in second, followed by (in order of contamination) nectarines, apples, grapes, peaches, cherries, pears, tomatoes, celery, potatoes, and sweet bell peppers.  Each one of these fruits and vegetables tested positive for pesticide residues and contained higher concentrations of pesticides than other produce.

According to the report, more than 98% of all strawberries, spinach, peaches, nectarines, cherries, and apples tested positive for at least one pesticide residue.

‘The Dirty Dozen’ from Earth Wise is a production of WAMC Northeast Public Radio.