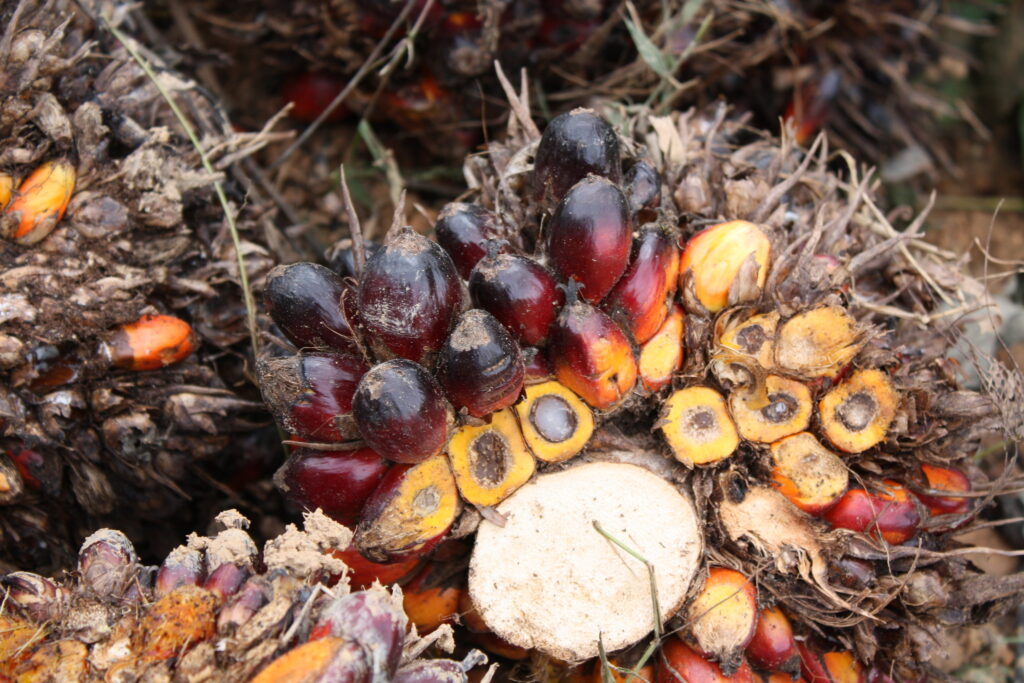 Palm oil is the world’s cheapest and most widely used vegetable oil.  Producing it is a primary driver of deforestation and biodiversity loss in the tropics.  In Borneo, for example, oil palm cultivation has accounted for more than half of all deforestation over the past two decades.   More than one million square miles of biodiversity hotspots could be threatened by oil palm cultivation, which could potentially affect more than 40% of all threatened bird, mammal, and amphibian species.

Today, the world consumes over 70 million tons of palm oil each year, used in products ranging from toothpaste and oat milk to biodiesel and laundry detergent.

Given this situation, there are now multiple companies developing microbial oils that might offer an alternative to palm oil while avoiding its most destructive impacts.

A company called C16 Biosciences is working on the problem in Manhattan, backed by $20 million from a Bill Gates’ climate solutions investment fund.  A California-based startup called Kiverdi is working to manufacture yeast oil using carbon captured from the atmosphere.

Xylome, a Wisconsin-based startup is working to produce a palm oil alternative that they call “Yoil”, produced by a proprietary strain of yeast.  The oil from the yeast strain is remarkably similar to palm oil.

The challenge is to be able to produce microbial oils at large scale and at a competitive price.  Unless valuable co-products could be manufactured along with the oil, it may be difficult to compete with palm oil.  Without regulatory pressures and willingness of consumers to pay more, it may be difficult to replace palm oil in many of its applications.

Can Synthetic Palm Oil Help Save the World’s Tropical Forests?