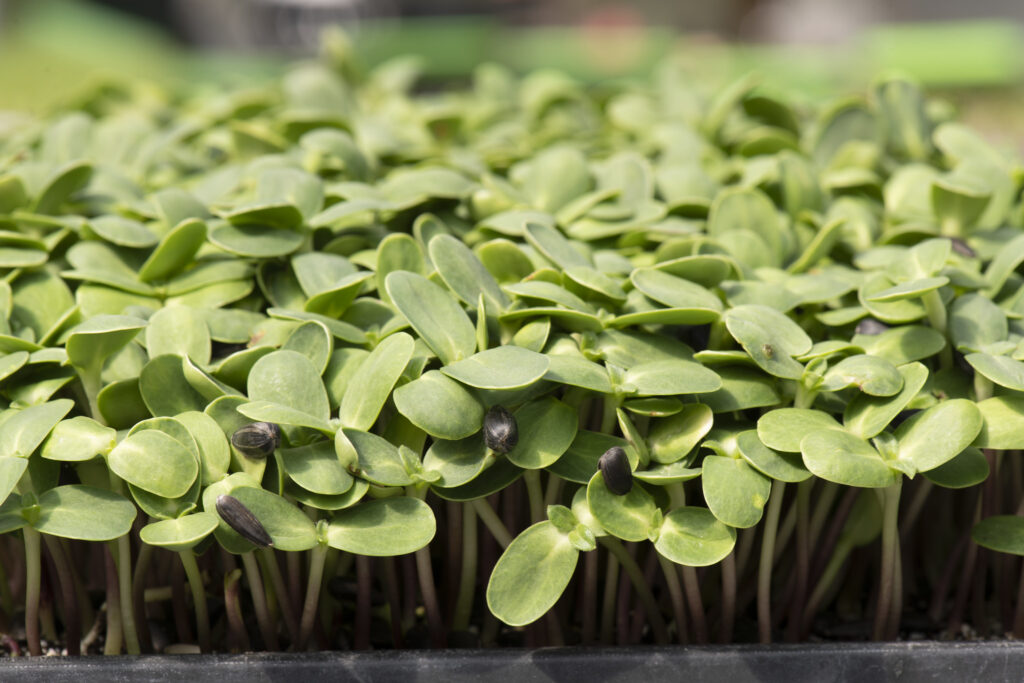 Researchers at the University of Texas at Austin have created a new type of soil that can pull water from the air and distribute it to plants.  Such soil has the potential to expand the map of farmable land to previously inhospitable places as well as to reduce water use in agriculture in an era of growing droughts.

The team’s atmospheric water irrigation system makes use of super-moisture-absorbent gels to capture water from the air.  When they are heated to a high enough temperature, the gels release the water, making it available to plants.

The gels in the soil pull water out of the air during cooler, more humid periods at night and when the sun heats the soil during the day, the water-containing gels release their contents into the soil.

Each gram of soil can extract about 3-4 grams of water.  Depending on the specific crop, somewhere between a couple of ounces and 2 pounds of the soil can provide enough water to irrigate a square yard of farmland.

Experiments on the soil found that it retains water better than the sandy soils found in dry areas and needs much less water to grow plants.

In one experiment, radish plants germinated in the soil all survived a 14-day period without any irrigation beyond the initial watering when they were planted.  Radish plants in ordinary sandy soil irrigated for the first four days of the experiments lasted no more than two days further without watering.

The Austin group has been developing gel-polymer materials that work like super-sponges for two years.  These materials extract large amounts of water from the ambient air, clean it, and release it when heated with solar energy.