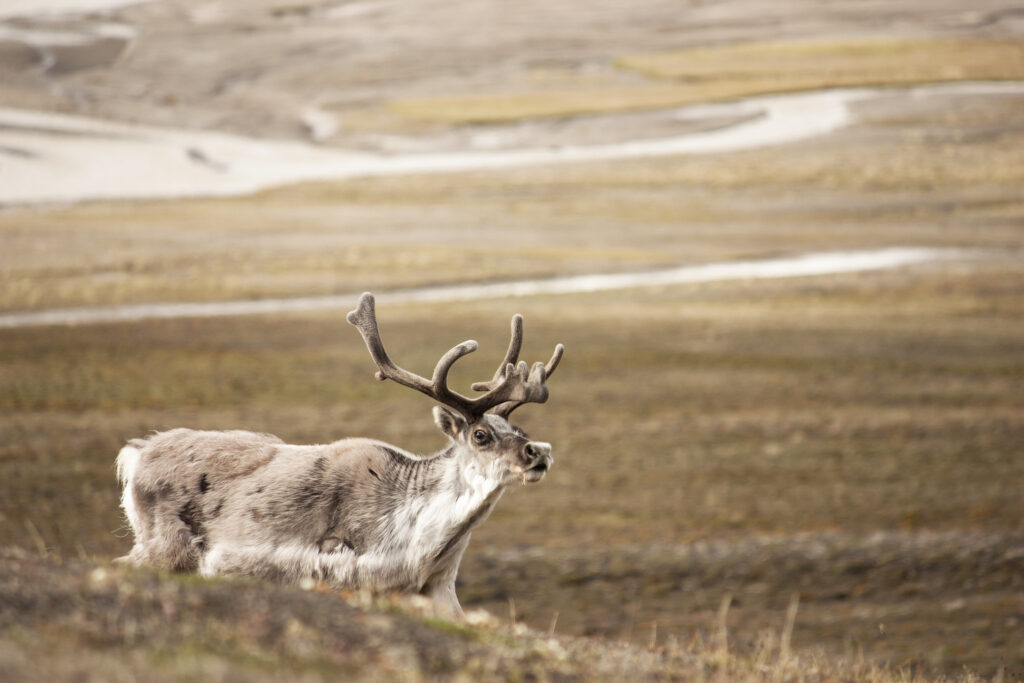 Permafrost is frozen ground – a combination of soil, rock, sand, and ice – that remains at or below freezing for at least two consecutive years.  Approximately 25% of the land in the Northern Hemisphere meets this criterion, the majority of which can be found in northern Russia, Canada, Alaska, Iceland, and Scandinavia.

But as a result of the changing climate, these permafrost soils in the Arctic are beginning to thaw.  As they thaw, large quantities of greenhouse gases could be released, further accelerating climate change.

A new study recently published in the journal Scientific Reports explores an unconventional countermeasure: resettling massive herds of large herbivores.  According to researchers from the University of Hamburg in Germany, herds of horses, bison, and reindeer could be used to significantly slow the loss of permafrost soils.

During Arctic winters, the air temperature is often much colder than the permafrost.  Thick layers of snow can insulate the ground from the frigid air, keeping the permafrost warm (relatively speaking). But when the snow cover is scattered and compressed by the hooves of grazing animals, the insulating effect is reduced, which intensifies the freezing of the permafrost.

Natural manipulations of ecosystems could have tremendous results.

How horses can save the permafrost