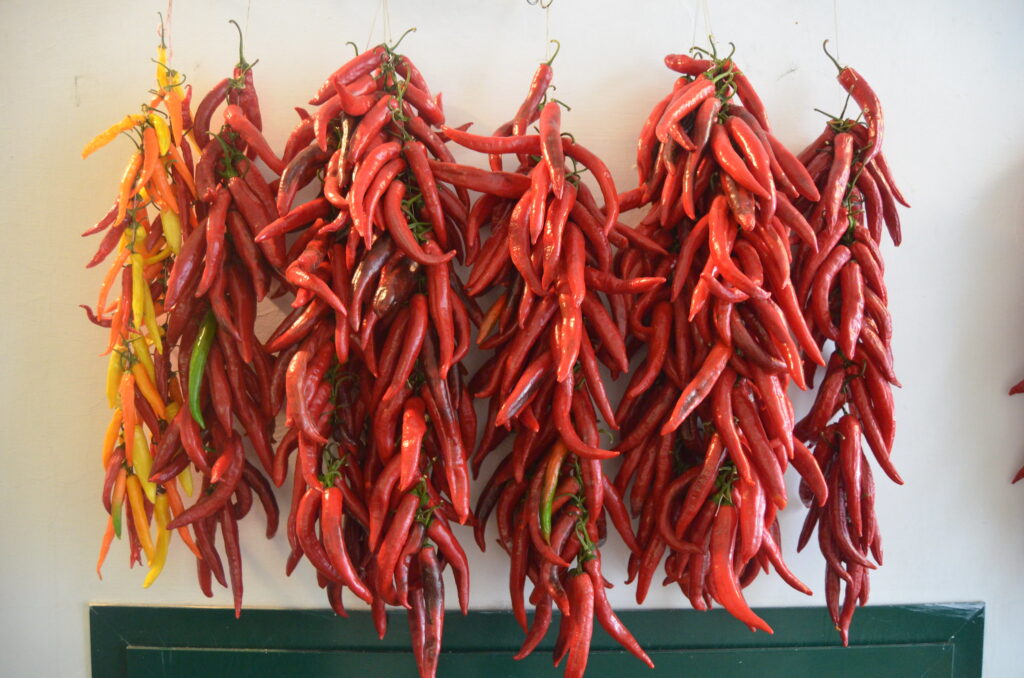 The majority of solar panels in use today are made from either single-crystal or polycrystalline silicon, the same stuff used to make the ubiquitous chips in computers, cell phones, and countless other devices.  In addition, a growing fraction of solar panels utilize thin-film technology, which offers cost and flexibility advantages.

Monocrystal silicon still provides the highest efficiency and longest lifespan in commercially available panels, but the lower costs and some other features of thin-film solar panels are growing that market over time.

More recently, perovskite solar cell technology has been a source of great interest in the research community.  Perovskites are a class of minerals with a specific crystalline structure that already have uses in various applications.  As a solar cell material, perovskites offer the potential for converting more sunlight to electricity, being manufactured far more cheaply using no exotic or expensive materials, being more defect-tolerant, as well as a having number of other advantages.  They also have the potential for having very high efficiency.

Recently, a group of researchers in China and Sweden published results of studies demonstrating that the addition of a novel ingredient has increased the efficiency of perovskite solar cells to nearly 22%, which is better than most commercial silicon solar cells.  The ingredient is capsaicin, the chemical that gives chili peppers their spicy sting.  Adding capsaicin expands the grains that make up the active material of the solar cell, allowing the more effective transport of electricity.

Why did the researchers think of adding the active ingredient of hot peppers to a solar cell in the first place?  So far, they aren’t saying.