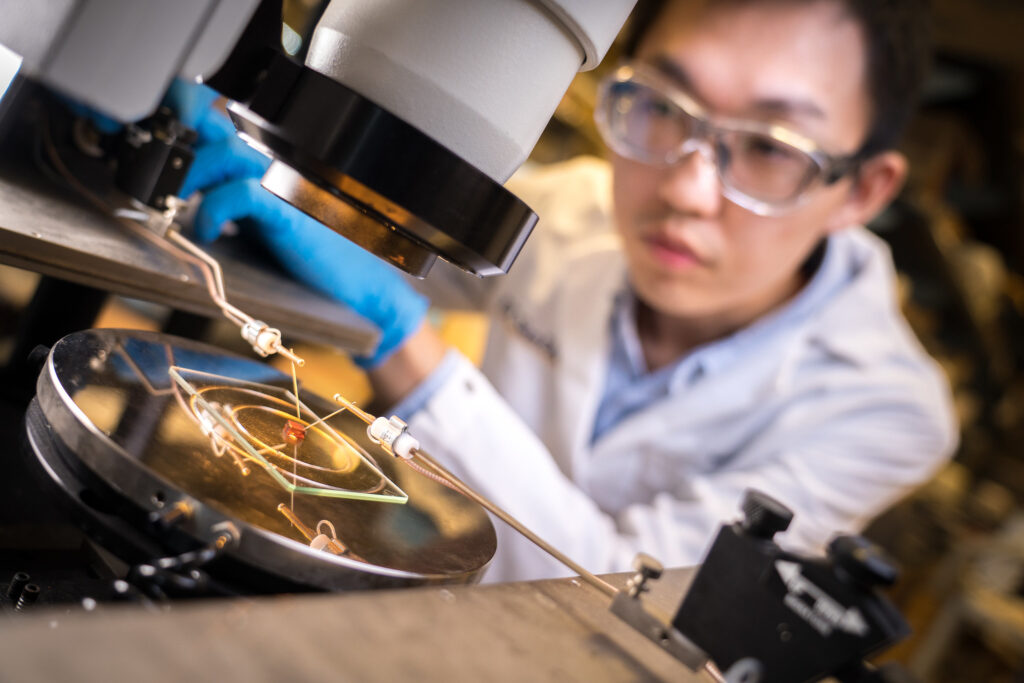 Perovskites are semiconductors with a specific crystal structure.  Their properties make them well suited for making solar cells.  They can be manufactured at room temperature, using much less energy than it takes to make the silicon-based solar cells widely used today.  As a result, perovskite solar panels would be cheaper and more sustainable to produce.  Manufacturing silicon solar cells takes a lot of energy because silicon is forged at around 3000 degrees Fahrenheit. In addition, perovskites can be made flexible and transparent, making it possible to use them in ways unavailable with silicon solar technology.

But unlike silicon, perovskites are very fragile.  The early solar cells made from perovskites in 2009 and 2012 lasted for only minutes.  Lots of potential, but little practicality.

Recently, Princeton Engineering researchers have developed the first perovskite solar cell with a commercially viable lifetime, which is a major breakthrough.  The team projects that the device can perform above industry standards for about 30 years, which is much more than the 20 years designated as a viability threshold for commercial cells.

The research team has developed an ultra-thin capping layer between two of the layers of a perovskite solar cell.  The layer is just few atoms thick but has been demonstrated to dramatically increase the durability of the device.

There is great potential for the new solar cell technology.  It has efficiency to compete with silicon cells but can be tuned for specific applications and can be manufactured locally with low energy inputs.  If successfully commercialized, the result will be solar panels that are cheaper, more efficient, and more flexible than what are available today.

Once seen as fleeting, a new solar tech shines on and on