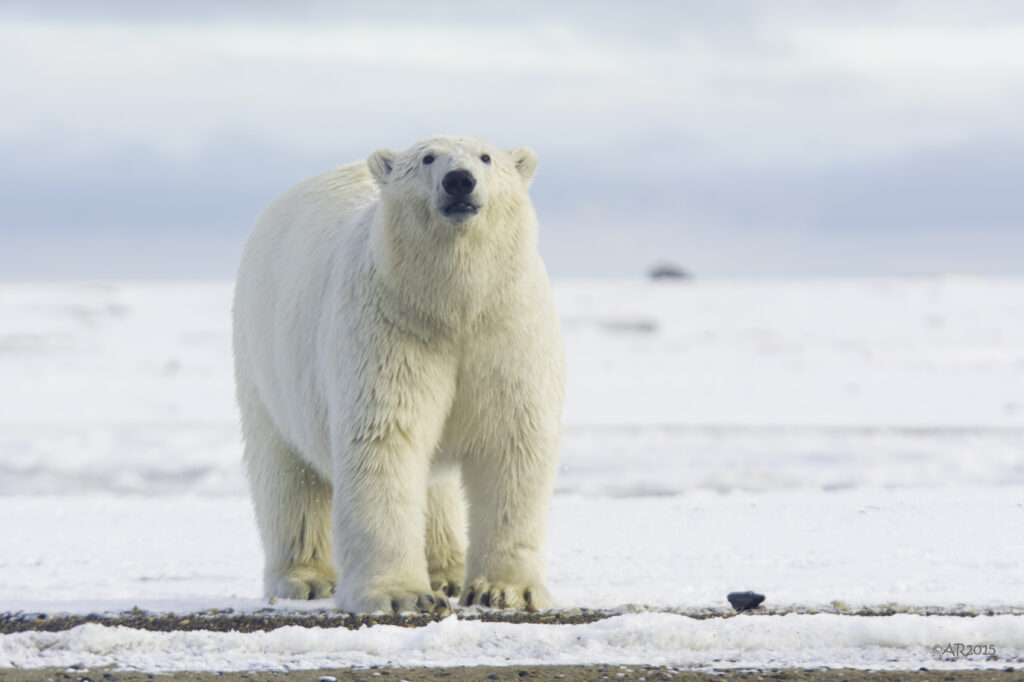 Climate change poses a major threat to polar bear survival.  The polar bear, whose native range lies largely within the Arctic Circle, depends on sea ice for nearly all of its lifecycle functions.  And rising temperatures are causing this sea ice to disappear.

Climate change-driven sea ice loss is the primary threat to the future of this iconic species.  In fact, polar bears were the first animal listed as endangered because of the forecasted impacts of climate change.

Melting sea ice as a result of climate change continues to plague polar bear survival.  According to a new study by researchers from Washington State University, polar bears in the Beaufort Sea have had to travel far outside their traditional arctic hunting grounds in recent years for food.  This has contributed to an almost 30% decrease in their population.

Researchers used satellite tracking data to analyze the movement patterns of female polar bears from 1986-2016 in the Beaufort Sea area north of Alaska.  Over the last two decades, they found that polar bears are having to travel farther north of their traditional hunting grounds on the continental shelf to remain on their receding sea ice habitat.

The research team also found that around 20% of the polar bear population in the Beaufort Sea is foregoing its traditional sea ice hunting grounds altogether in the summer and fall.  Instead, these bears are moving inland in search of food.

Scientists estimate that 800 or so polar bears remain in the southern Beaufort Sea.  Curbing global greenhouse gas emissions in order to protect polar bear habitat may be the only way to help these animals survive.