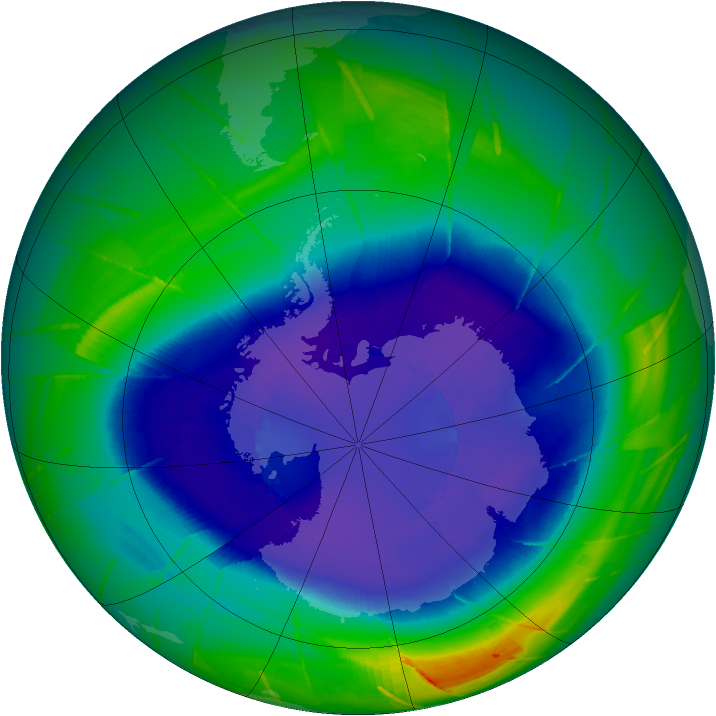 The Montreal Protocol, the international treaty adopted to restore the earth’s protective ozone layer almost thirty years ago, turns out to also have had a major impact on climate-altering greenhouse gas emissions.

The treaty mandated the phasing out of the production of numerous substances that were responsible for ozone depletion, notably chlorofluorocarbons and hydrochlorofluorocarbons.  These substances were used as refrigerants, solvents, fire extinguishers, and in other applications.  The Montreal Protocol appears to be working as there are continuing signs of stratospheric ozone recovery.

But there has been another benefit as well.  The ozone-depleting substances controlled by the treaty are also potent greenhouse gases with heat-trapping abilities as much as 10,000 times greater than carbon dioxide.

A new study published in Geophysical Research Letters has determined that reducing the use of ozone-depleting substances from 2008 to 2014 eliminated the equivalent of 170 million tons of carbon dioxide emissions each year.   This is roughly the equivalent of 50% of the greenhouse gas reductions achieved by the U.S. in other ways over the same period.

In fact, previous studies have demonstrated that the Montreal Protocol has been more effective at curtailing global greenhouse emissions than any other international effort even though climate change was not even a consideration when the treaty was first negotiated.  It has been effective because countries around the world have adhered to its requirements.

We can only hope that the Montreal Protocol can serve as a model for the international cooperation needed to tackle the bigger problem of carbon dioxide.

OZONE TREATY TAKING A BITE OUT OF US GREENHOUSE GAS EMISSIONS