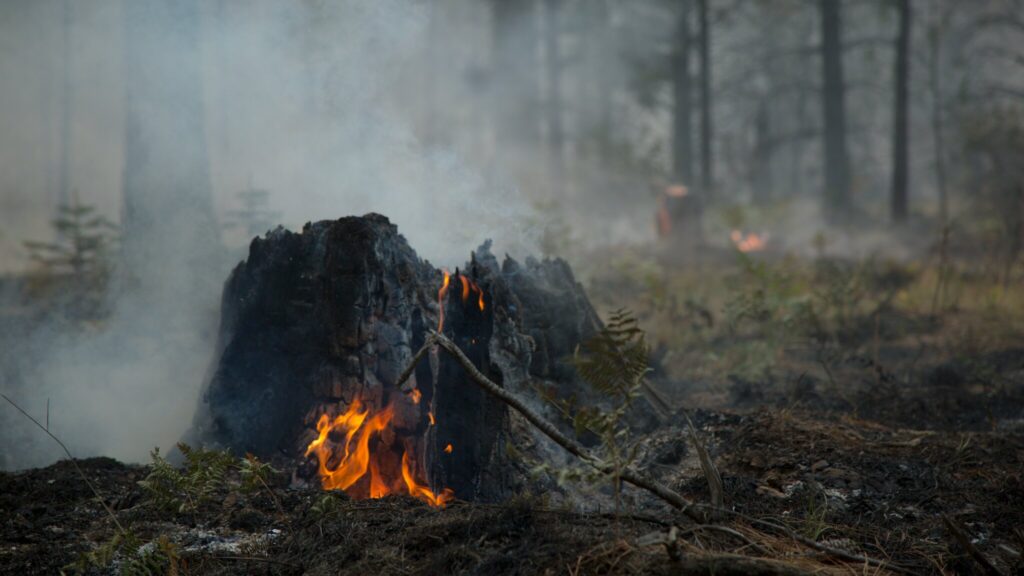 Fires that go on for long periods of time, surviving the snow and rain of winter to reemerge in the spring, are becoming more common in high northern latitudes as the climate warms.  Such fires are called holdover fires, hibernating fires, overwintering fires, or even zombie fires.  Whatever people choose to call them, this type of wildfire is occurring more often.

These smoldering fires start out as flaming fires but then enter an energy-saver mode.  They start above ground but then smolder in the soil or under tree roots through the winter.  They barely survive based on the oxygen and fuel resources that they have but can transition back into flaming fires once conditions are more favorable.

Dutch researchers used ground-based data with fire detection data from NASA’s Moderate Resolution Imaging Spectroradiometer instruments on the Terra and Aqua satellites to study fires in the boreal forests of Alaska and Canada’s Northwest Territories.  They found a way to identify overwintering fires based on their unique characteristics.

Early detection of these overwintering fires could help with fire management and reduce the amount of carbon – which is stored in large amounts in the region’s organic soils – that gets released to the atmosphere during fires.

Overwintering Fires on the Rise