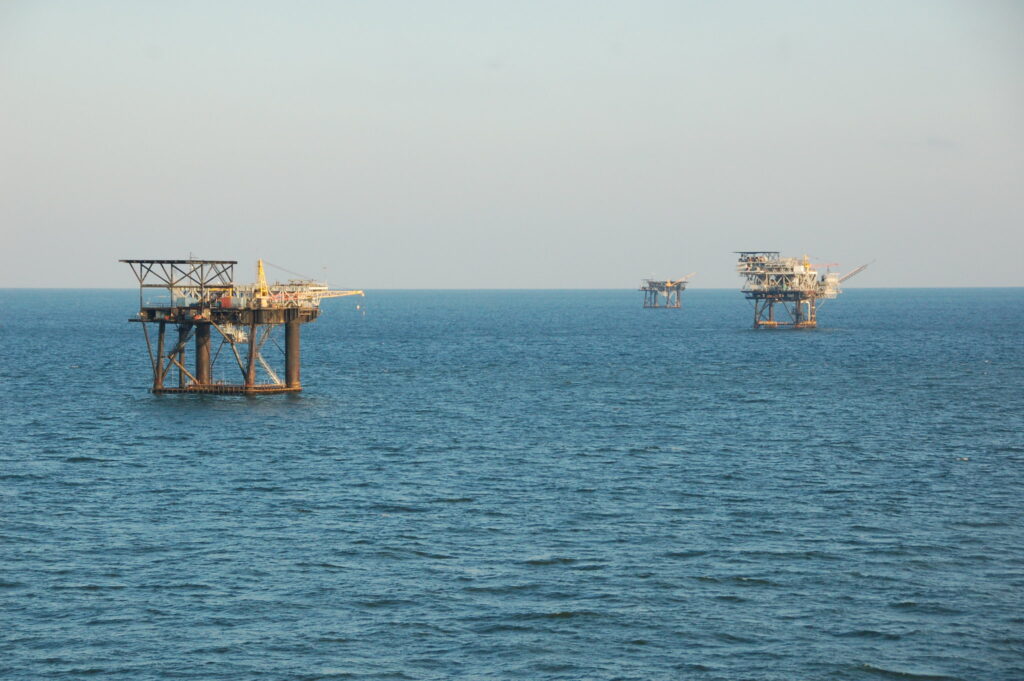 According to a new study recently published in the British journal Ecological Solutions and Evidence, the large gatherings of fish around oil and gas platforms attract harbour porpoises searching for food – despite the fact that noise from industrial activities normally scares porpoises away.

But according to new research from scientists at Aarhus University in Denmark, there are actually more porpoises around the largest Danish oil platform – Dan F – in the North Sea than there are within the three to ten kilometers surrounding the platform.  The research team found that the platform acts as a natural reef where porpoises can find favorable habitat and food.

Currently, the international OSPAR convention requires that all decommissioned oil and gas platforms be removed from the ocean.  But according to researchers, leaving the old platforms in the ocean to serve as artificial reefs is actually more beneficial to the marine environment.

In the Gulf of Mexico, the United States program Rigs to Reefs has converted 558 oil and gas platforms into artificial reefs.

Harbor porpoises attracted to oil platforms when searching for food